John Kendrick was commenting over on the OmniGroup blog about their plans to create new iPad versions of their popular Mac and iPhone apps.. John was offering some suggestions that where insightful to how people would use OmniFocus on the larger screen of the iPad.

If you are using OmniFocus on your Mac or iPhone, you may want to drop by John’s site. He has some great user tips that we found useful. For those new to OmniFocus, it is an app that is much more powerful and deeper than a todo list but just short of Project, we use it a lot across team members to share out tasks and their progress tracking. Many people, like John, use it for tracking their lists at a GTD level of detail. The OmniGroup folks have a pretty detailed post about using OmniFocus for GTD also, worth a read. 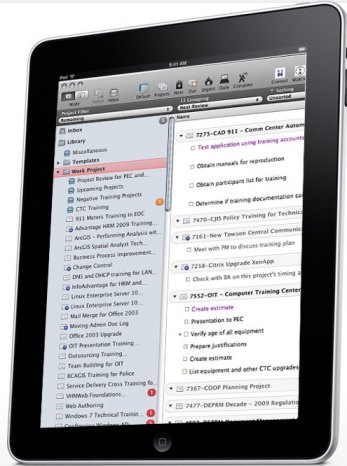