Today, iPhones are great source of information found on the device or reaching out to the Internet. You can see people every day whip out their iPhone, tap tap a couple times, give an answer and then put it back in their pocket. With the exception of having an iPhone on the desk to play music, iPhones are not generally used for ongoing information.

The iPad brings a new line of thinking about accessing the available information. While a iPad is handy in hand and on a lap, it will be at home on a desk in it’s doc. While idle, it can be used as a large electronic picture frame, showing your internal photos or ones streaming down from Flickr. Most Social site solutions do not auto update but that isn’t far off when the need grows. News, Weather and Traffic are naturals for folks in areas that those are important. Movies and Music either playing from internal or streamed like photos from the many available services.

Calendars and Notes will most often used by the Business user. With the right application, many may also have PowerPoints up to free up the desktop computer for other work. iBooks may bring reference manuals available pretty soon, which are always handy to have open and viewable for developers at the same time as the heavy lifting is being done on the desktop.

About the time the iPad was first introduced, a few ‘desktop UI’ apps showed in the App Store. We have mentioned here some high level thoughts on the iPad really being between a paper/pen and the Computer Software solutions. These early iPhone based solutions attempt to bring tools to a single view ‘desktop’ to mimic what users have seen before. Will that provide extra functions, quicker? The problem with most apps that attempt this have a lot of great tools but are lacking in areas individuals are looking for so those folks complain loudly. Example, it comes with Twitter… but someone wants Facebook instead so they voice the app as a miss. There are limits that apps can access, such as the built in Calendar so these apps usually link out to Google Calendars. It’s a tough battle for developers to decide what is important and what is just glitter.

Notes in folders are a popular UI that developers are playing with. Do you want to work with lists of notes like on your computer or folder graphics that you drag text docs into and then have to open to access. Which will survive over time is not easy to determine. Usually fun UIs get folks excited as things to show off but soon they just provide extra steps to get to your data.

My Desk is an example of Desktop UIs that will be interesting on the larger screen. Most likely useful for small offices but heavy Business users will be (crystal ball here) more interested in raw documents or information streams. 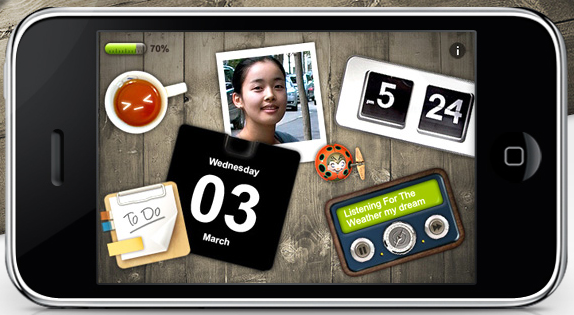 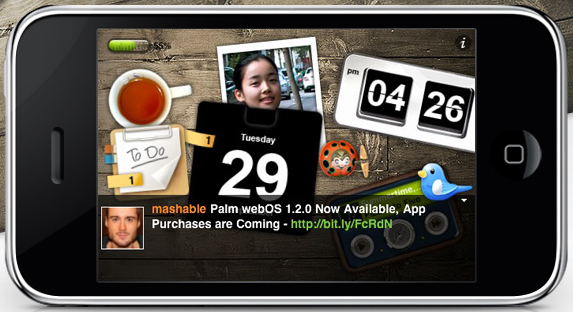