Clearwire has announced that you can now connect your iPad to the Internet via their ultra high speed 4G network. They are not offering to change out the wireless inside of your iPad. Clearwire’s modem shares out the Internet connection by creating a little WiFi network. The iPad connects to that WiFi network to tunnel to the Internet. The 4G network is much faster than a 3G cell network so it should be faster to use a iPad’s WiFi through Clearwire than it would be to use the iPad’s built in cell connection option.

Clearwire’s iPad solution isn’t really something special they created for the iPad. It is just like the Verizon MiFi we mentioned earlier. Except, with 4G it is way faster. 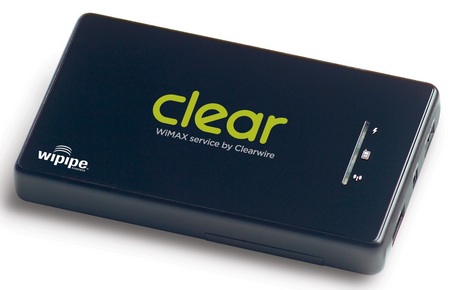 Clearwire’s CLEAR Spot creates a WiFi 802.11b/g network via the CLEAR WiMAX Service.  Your Internet is only as fast as the slowest part of the network. Since the CLEAR Spot has a max speed of 802.11g, you may see higher speeds with your iPad connecting to the Internet via a WiFi 802.11n network.