ATT’s site has a nice PDF to download for their iPad 3G data plan. It is exactly as they had said it would be.

Everything can be controlled through the iPad to start and end the 3G services. AT&T treats the 3G services as a month to month service. They have two packages: $14.95 for 250 megs/month and $29.95 for unlimited data/month. You can sign up for the 250 meg service, when your getting close to the 250 megs you will get alerted and you can stop using your iPad with 3G or jump up to the $29.95 /month plan. Next month the service will jump back to the plan you had signed up for initially. Appears you will also get access to the AT&T WiFi network… most often used in Barnes and Noble as well Starbucks.

That is a lot of effort on AT&T’s part. Knowing that a 3G chip set does not cost the $130 price difference between the iPad WiFi model and the 3G model, we wonder if there is a bit of that money being shared with AT&T from Apple.

This is a part of the doc so download for the whole story: 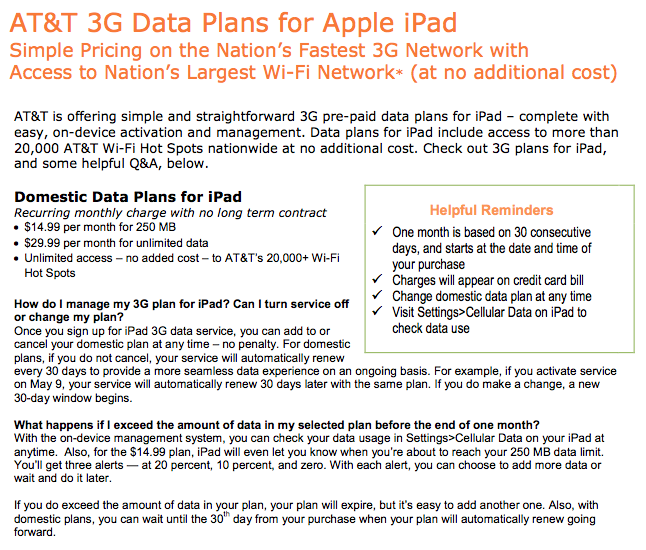