We reported Friday that the day before the iPad shipping, you were able to find iPad apps in the iTunes App Store. At that time, the three sideways scrolling boxes for New, Noteworthy and Staff Favs had a added button that allowed you to see that group made up of iPhone or iPad apps.

Over this weekend, that feature has gone away so now you only see this list switch over on the right for Top Paid and Top Free apps. The sideways scrolling areas now has a iPad group and lower on the page, a iPhone group. 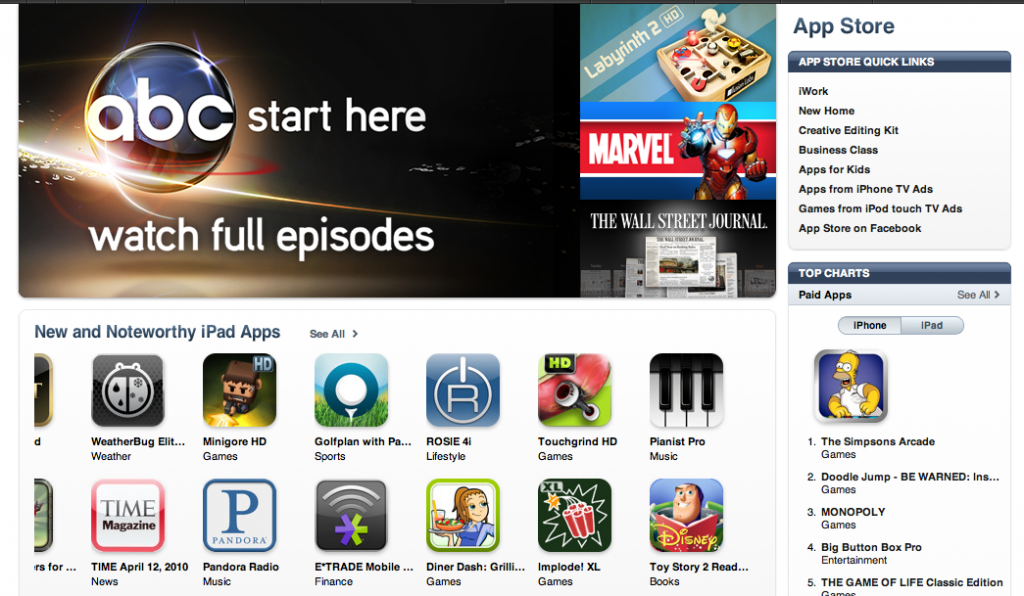 Update! The button to choose between iPad and iPhone apps has returned and the scrolable center boxes have lost their split of one for iPad and one for iPhone. Now, centered at the top of the whole iTunes App Store is the button to change the whole page to show either iPhone or iPad apps – not mixed.