When we first heard of different versions of apps, we were concerned how you would know which to select within iTunes where you assign apps to launcher screens per device. You now have iPhone/iPod Touch only apps, you can have iPad only apps, and you have Universal apps that can be installed in any of the three. As you can guess, the iPhone only versions do not expand to the full size of the iPad without using the 2X button. Some of these apps will also kick you back to the launcher when starting on a iPad. Universal apps work on both, the limits for these is that it makes it tough for the developer to charge more for an app you already bought of the iPhone and want to install on an iPad. Finally, the iPad only versions do not carry the code to work on the smaller screen – these usually have more detail to wide screen layout and use of multi panes per screen.

When you have these different versions of apps on one computer that you sync to multiple devices, the Apps area is now split into three sections. Universal apps, iPhone/iPod Touch apps and then iPad only apps: 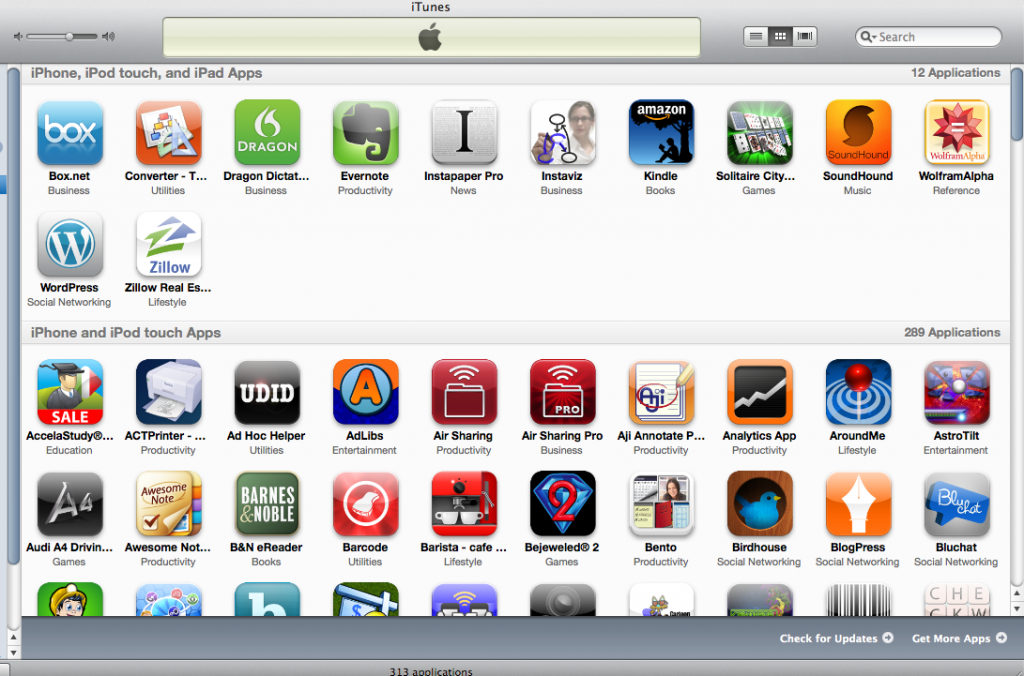 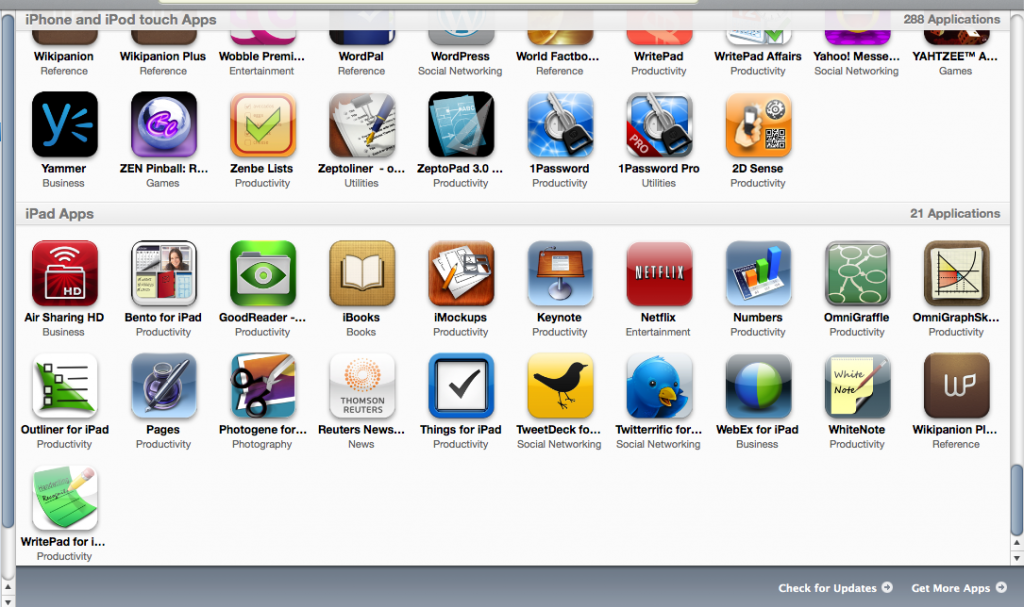