An app we mentioned earlier for it’s ability to work very well for writing notes on the screen, Penultimate, has been updated. You may recall, what we liked about it was multiple moleskin like books and individual pages within those ‘books’. As well, it is one of the few apps that had almost not latency between a user writing a letter and that letter showing on the screen.

The update fine tunes the app for those folks that have a tendancy to rest their wrist on their iPad while they write. Without this, the OS has to decide if you want to write where the palm of a person’s hand touches the screen or the finger tip. 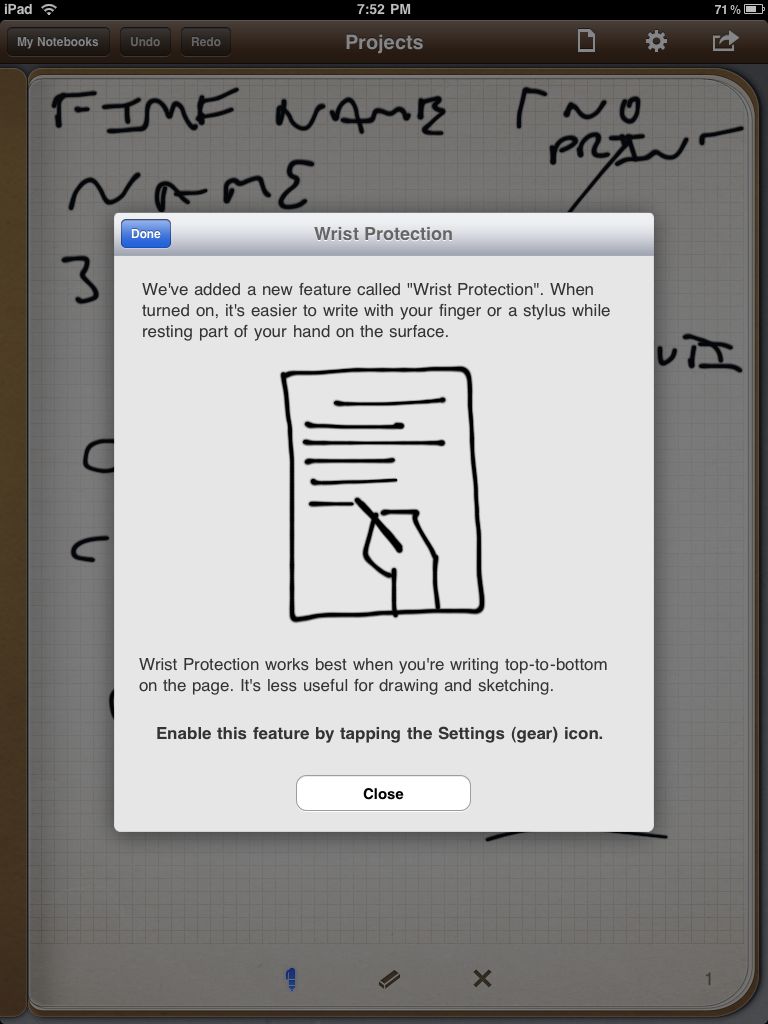 With this feature on, non of us noticed much different, but then we are not the normal user since we use Penultimate a lot everyday. We noticed no change in latency or uneven lines, good or bad. Judging by the chatter about the feature online that the update has made the usability better, it looks like a free update that is well worth doing.