For the last couple years, many of our team have experimented with pulling the ‘cable’ plug at home. This has been attempted with older Macbooks, Mac Minis (does anyone buy them for anything other than homemade DVRs?) and AppleTVs. A few played with Playstation III hardware… they can get their own blog.

There was some rumors around today’s Steve Jobs Keynote that a new AppleTV that worked by storing all of your shows in the Cloud. But, today was all about iOS4 and the new iPhone.

For folks with iPads, there is nothing like walking around home or office and watching TV shows and Movies on what resembles little more than the screen of your regular TV.

Movies can be pulled from many DVDs and placed on the iPad for later viewing… very popular for long flights. But, that takes a desktop and more iPad internal memory than streaming. A lot of airlines are now offering in-flight WiFi so streaming on long trips is becoming more popular.

There are three options that are top of the list for us. iTunes on the iPad allows for the purchase or rental of videos and downloaded directly to the iPad to watch at anytime. Like ripping a DVD to internal memory, this takes up valuable space. Movies come in standard and HD versions. If you wish to use the iPad hooked up to a external monitor or projector to watch the movies, there are some limitations. We will post those shortly. 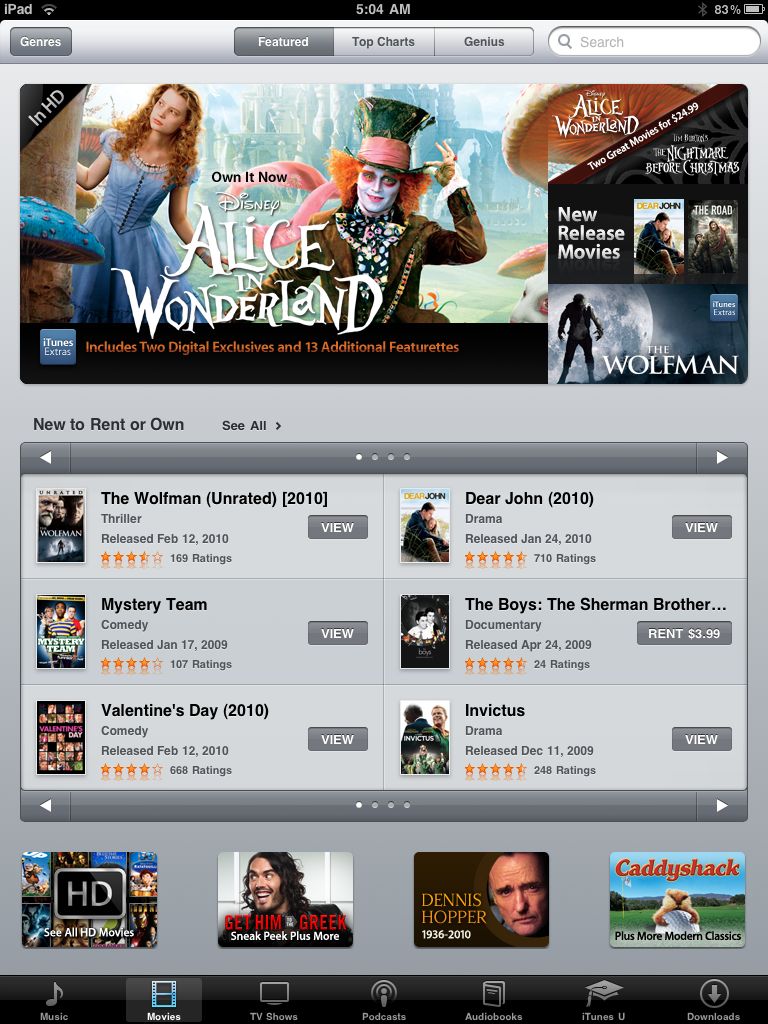 The most popular solution is Netflix. Most likely since all of us already have an account that we have been getting DVD delivered to the house or streaming to our Macs. Steaming also works on the iPad. If you have an account with Netflix, the streaming is free… and doesn’t appear to have any limits to how many movies or TV shows you stream per day. The most recent version of the iPad software allows you to hook up to a external screen and let others view at the same time. A big hit is being able to watch PBS documentaries when it fits your time. A surprise to many of us when we where talking about what we watched most. It’s a wonder what this will do to PBS’s business plans. Remember, streaming does take a constant Internet connection, Wifi is best, as nothing is actually stored on your iPad. 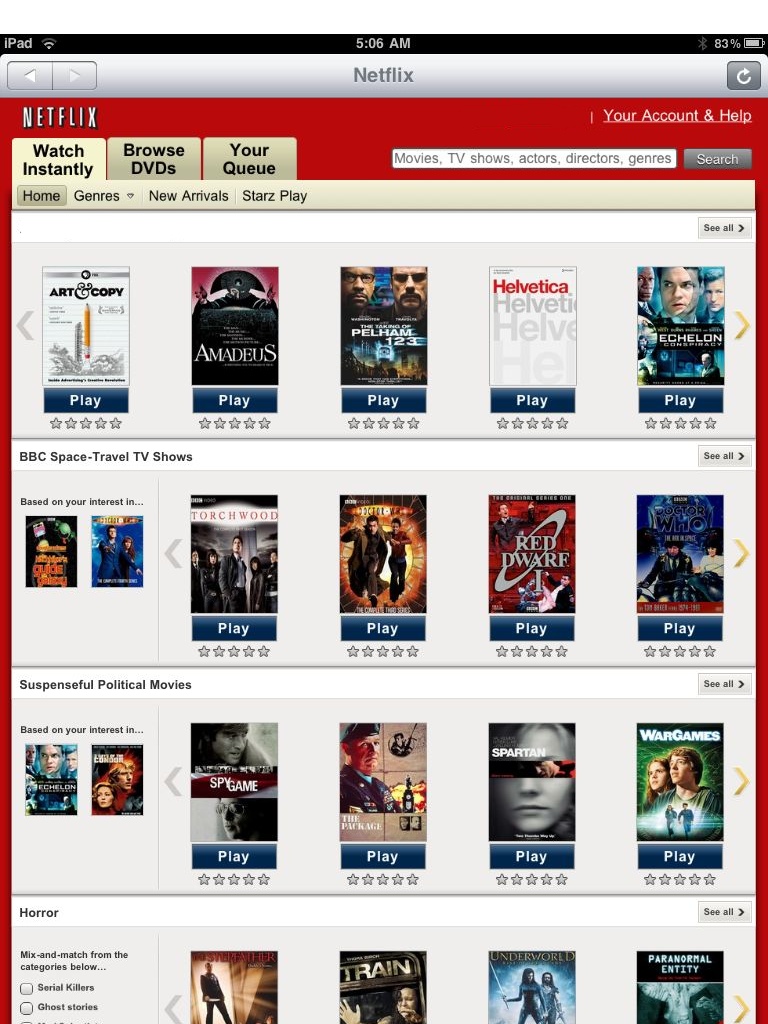 Both of the above offer TV shows and carry some sort of fee. Either per show in the case of iTunes or a monthly subscription for Netflix. ABC offers any of their popular shows streamed to your iPad when you wish. They do carry start up commercials but those are easy to sit through in trade of not being locked to your TV for a particular time. Tapping on any show box brings up a list of the different episodes to choose from. 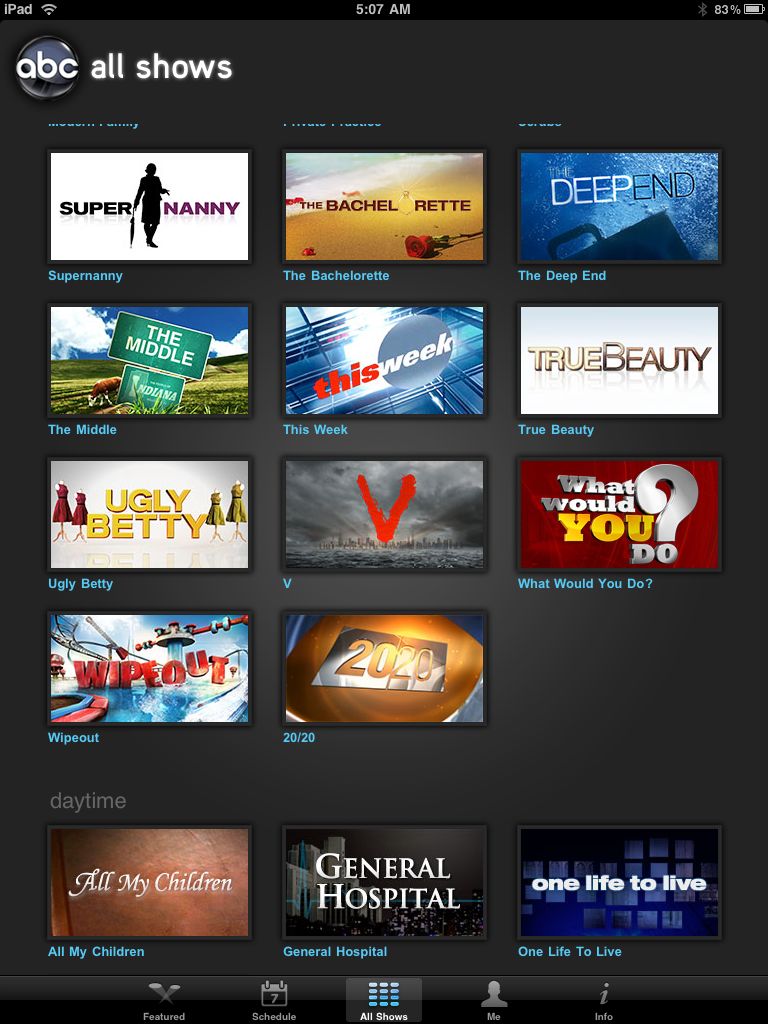 Lastly, don’t forget YouTube. We have found quite a few of the most popular kids shows from a few to many years ago. Kids are fond of watching a series over and over again so this is a great option around the house.

If in the end you are interested in ripping DVDs to your iPad, you should understand frame rates, size, etc… iLounge did an incredible job at explaining all the facts. There is a lot of information here, it should answer all of your questions.