We have been serious stylus users since the iPad was introduced. While, early ‘pens’ where just for tapping, the Pogo introduced a stylus with a tip that glided across the screen smoothly. The Pogo stylus has been covered here time to time where we use it to write notes or draw with apps that need more than a finger tip.

The Pogo has a tip that looks like a weave of tiny plastic threads. The only complaints we have ever had is the fragile pocket clip and the writing tip has a tendency to start bending after a period of use.

Last week we mentioned that Griffin was introducing a new type of stylus (A new iPad stylus is out and it is soooo nice!), which we have now spent a couple days with.

The tip of the Griffin stylus looks more like silk material which is really smooth on the iPad screen. 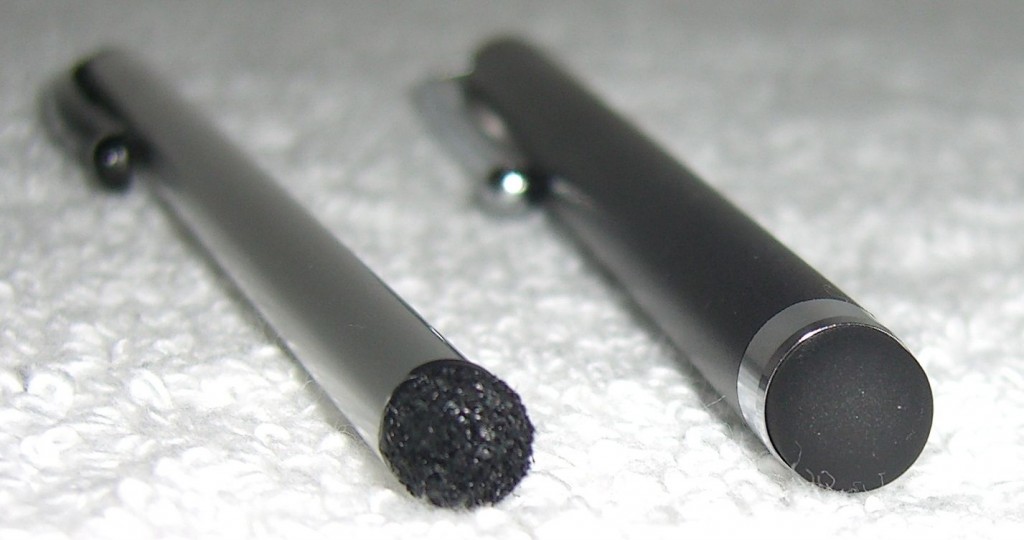 Head to head to the Pogo –

Which is ‘better’ is the question most folks ask when they see something ‘new’ hit the market. In this case there isn’t a clear winner. Folks who likes a larger round and more solid feeling writing stylus will enjoy the new Griffin unit. Those who are used to lighter writing devices will lean towards the Pogo.

Two possible negatives, one for each stylus. The Griffin, being larger in diameter and smooth round tip means it is harder to see exactly the writing point. The Pogo has a small plastic ring that holds the tip rigid which wears causing the tip to bend when writing being a disconcerning after a while.

When writing, the Griffin floats on the iPad surface and takes new zero presure. The Pogo requires a bit more pressure so it feels like pen on paper. Again… one is only better because is best matches the way your handwrite or sketch on your iPad. 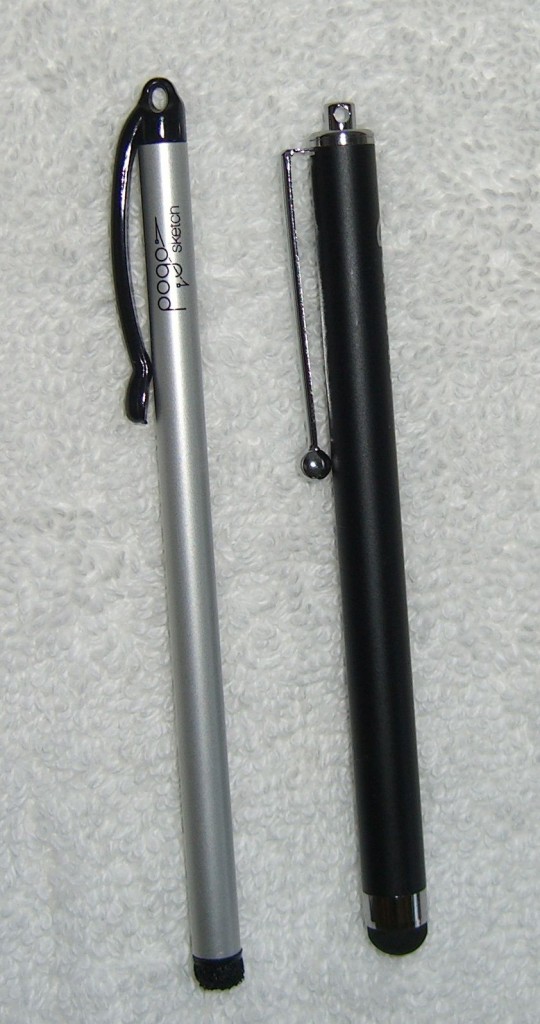