You read that headline right… a fun new case for the iPad to protect and say “Hi, I’m having fun today!”. As with most cases worth spending the money on, this one is made to protect your valuable iOS device. But, with this case, folks across the room will think you actually have a ‘really big’ Etch A Sketch.

The case is brought to us by Headcase who did a deal with the Etch A Sketch folks to offer a case that is more fun than the usual cases that are colorful or make your iPad look like a book. We like this one for it’s full wrap around the face edges too for ease of carrying and less finger prints. 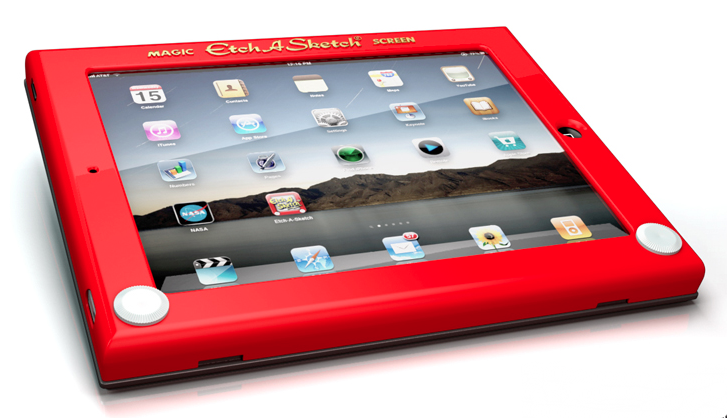 The case has two little fold out feet just to add to the Etch A Sketch effect, though the knobs do nothing. At the with the feet down, you can finger type pretty easily. 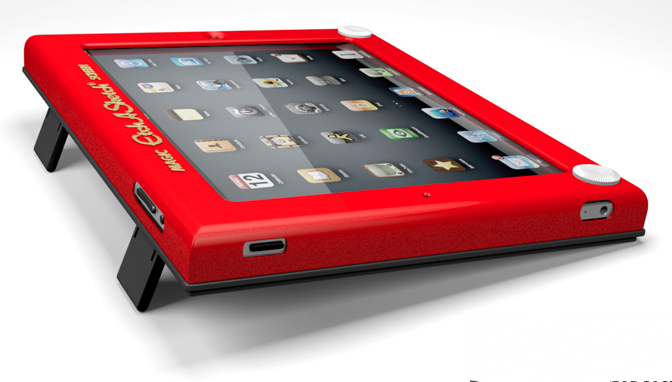 Now, the Worlds Favorite Drawing Toy®, the Etch A Sketch®, and the world’s most revolutionary product, the iPad, have come together in the form of Headcase’s officially licensed Etch A Sketch® iPad case.  Celebrate Etch A Sketch®’s 50th anniversary and be the coolest kid in the conference room!

They are asking $39 for this bit of fun that you can order from Headcase.