We reviewed an app for the iPad called Tabloids a while back. It treated your twitter friend’s posts as news articles and showed you where their links led. It was cool and occasionally when it worked it was a nice interface over the other ‘text’ Twitter options.

This week, several folks on the team mentioned they saw it had been updated. Working in portrait and landscape mode, it gives a quick view of what your twitter friends are talking about. 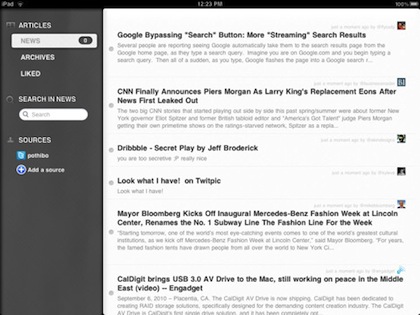 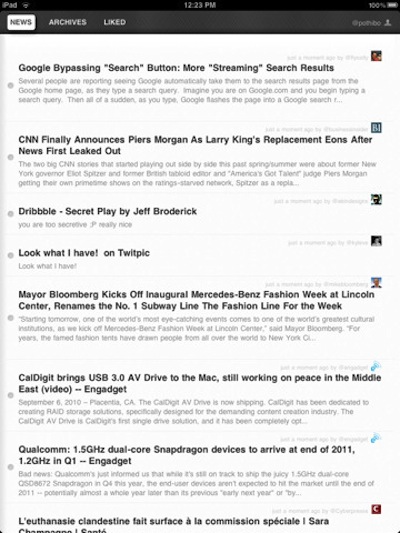 Clicking on a link in a tweet takes you right to the Web location to read their source. 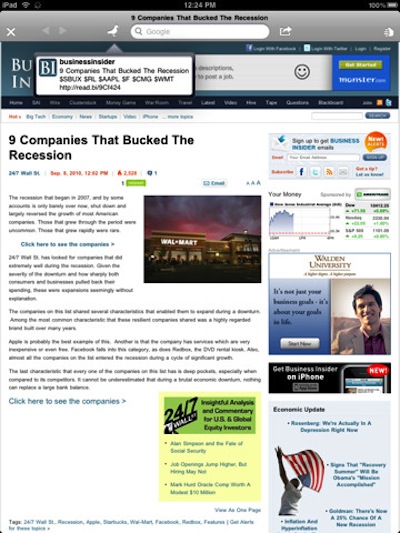 Eight of us updated the app from our previous install… surprising, we had to re-allow Tabloids to talk to our Twitter accts. The app allows for multiple logins so you can have a view of all of your accts in one spot. 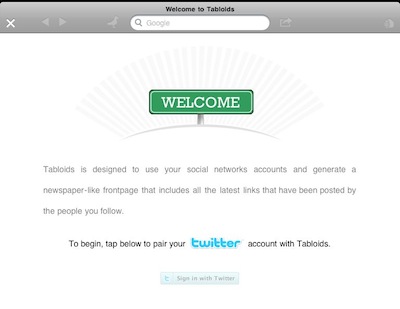 After this step, it went terribly sideways for all of us. Launching the app, we get the below screen where Tabloids seems to deep in thought, or reaching out to our accts. This is the only screen we have seen for more than seven hours now. Twitter is up, but it would seem that Tabloids isn’t quite ready to tell us what our friends are saying. 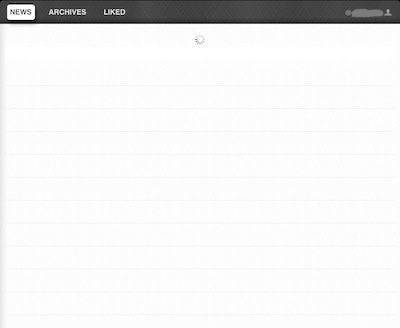 Guess we are looking for the next update!