Wired has been providing a version of their magazines on the iPad for several months now. We have covered before that they have a slightly different way of presenting the print content on the screen by breaking the content up so you swipe side to side to get to each article then scroll up/down to read that particular bit of content.

This is the first month the Wired app alerted that a new version was available prior to many of us seeing the print version on the shelves.

Making the purchase via the ‘in app’ option, the latest downloaded like the previous versions. A quick glance at the Table of Contents tells you that there is something different going on. A series of new icons appear next to each of the articles. 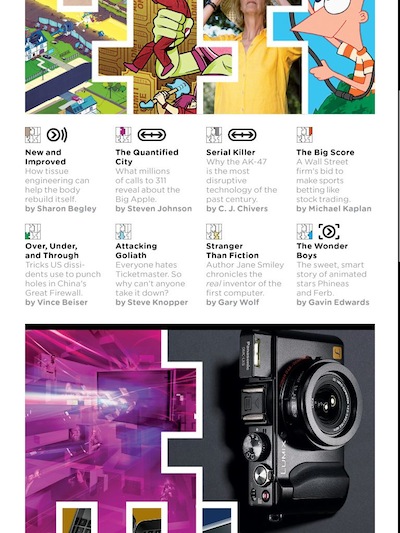 Visiting each articles, it is easy to understand what each of the new features do. All are adding additional multimedia functions you can’t get with a printed Wired magazine.

Below is their iPad 3G write up which carries a couple electronic media features. Where you would normally scroll down to read additional content, scrolling this item down shows you other winners in their fields. The article for the iPad 3G is brought up via the button in the lower left corner. 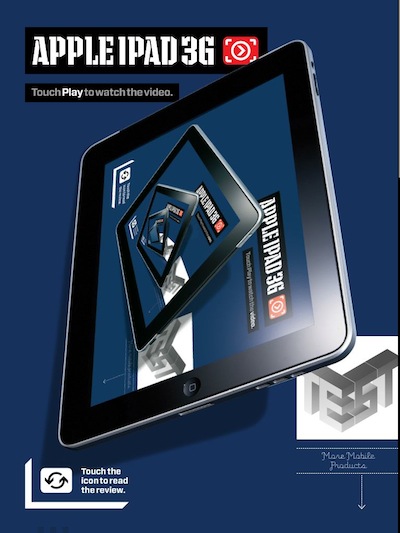 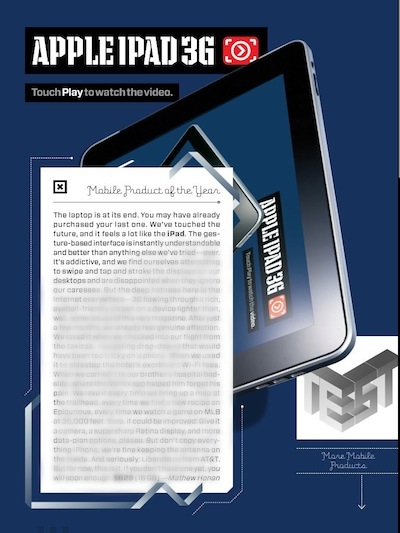 There is a link on the page to open a new page presenting a video associated with the iPad being recognized by Wired. 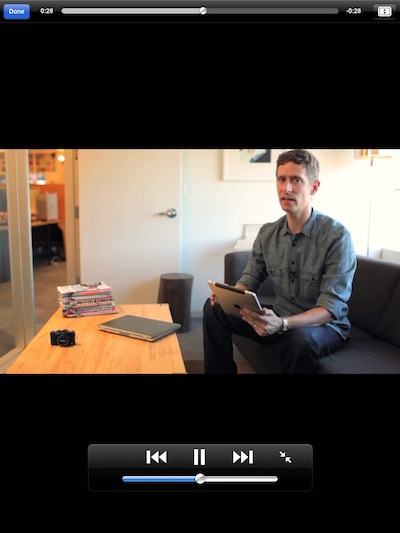 The above is actually a bit different than other instances of enhanced multimedia video in the Wired ‘magazine’. The below example is more in line with other included video. Tapping the video icon starts a video in the article rather than going to an external page. 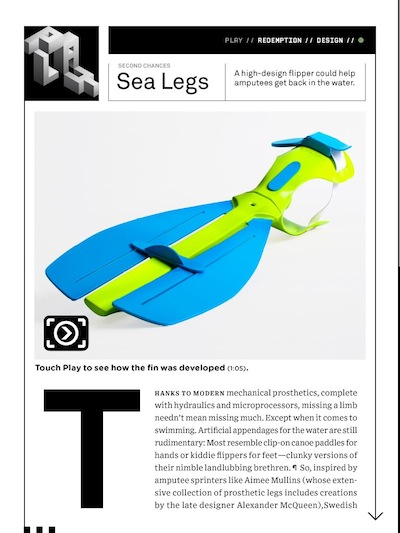 Since article scroll up/down, it can be difficult to show additional images for an article without just having a list of ‘image’ pages. A solution most magazine would use since it would mimic their print version. Wired chose to give you the images inside of the single view which you move through via the numbered buttons on the page. 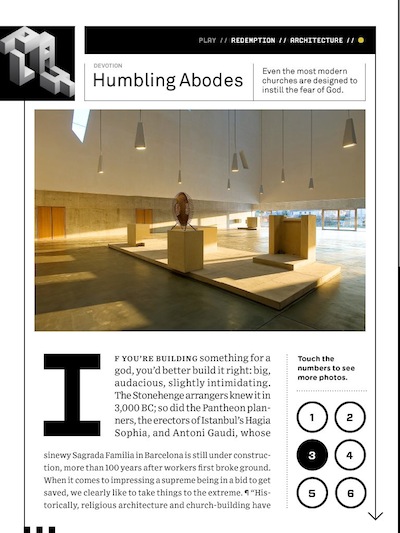 The last feature is handy for maps or graphs where moving through time needs to be represented. A slide bar is available that when moved with your finger takes you through the steps. Moving forward and back is supported… you can imagine the use of this multimedia tool to step through what was once a single level infographic. Just another example of how Wired is taking a print magazine and allowing you to interact with it as you wish. 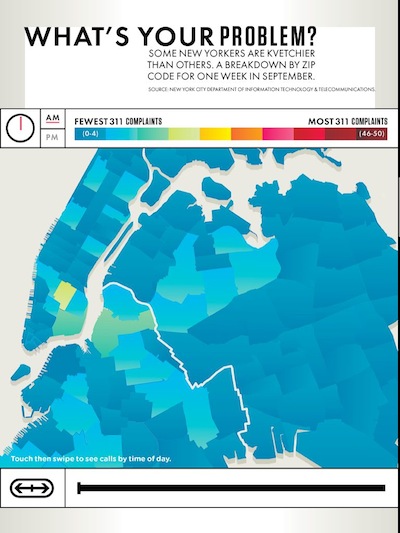