There is more up there in the sky than just stars! We have really enjoyed seeing where the planets and stars on with Star Walk on our iPads. Sure, everyone gets a chuckle out of folks swinging their iPads around to see on the screen what is beyond in the sky. It works day or night, in clear skies or overcast… the iPad shows what you should be able to see. 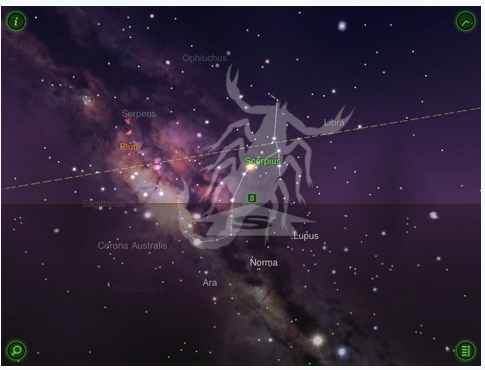 There are many more features built into the app for seeing constalations, stars and details. What is the reason for our post is the excitement around the update that just came out.

Satellites!! They may not be as far out there in space as stars but you can see them glimmer in the sky on a dark night. Now you will know what the extra bits of bright dots are.

Big screen was a hit right off here too as we can now share what we expect to see with more folks than can gather under our iPads. You wont be holding your big screen up in the air but it is a nice feature to use to twist around in the living room so the kids know what they will see when they go outside.

• SATELLITES – find out where exactly the ISS is right now! (and over 150 satellites more)
• TELRAD: advanced feature to help you measure angular distance between nearby stars. Can be turned on/off in Settings menu.
• BIG SCREEN – connect a second display to your iPad and view the sky on it!
•The most interesting objects from New General Catalogue added (this means MORE deep sky objects, galaxies and nebulae!)
• New constellations’ pictures.
• Share your Bookmarks on Facebook!