Next month’s Wired has hit our iPads as an optional in-app purchase via the Wired app. 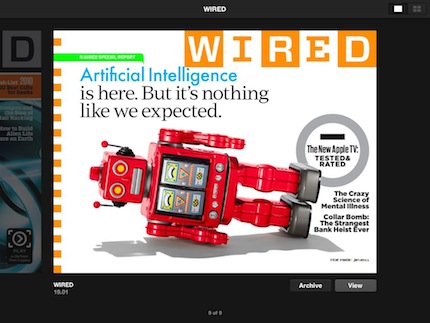 With this magazine update comes updates to the app as well. The above is the view of your available Wired Magazine, which you swipe to move through. Now there is a grid overview available. 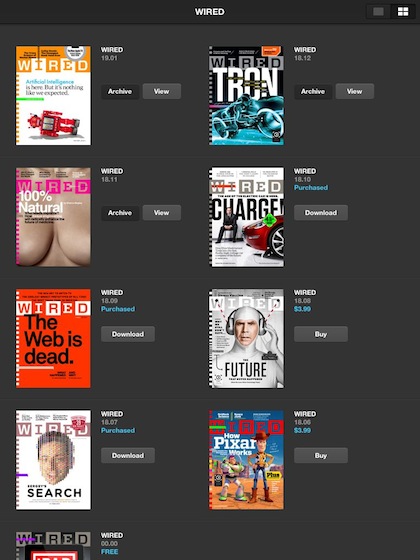 You may have noticed, the variety of button types next to each Wired issue. “Buy” for those you have not purchased, “Download” for purchases that you have not downloaded to your iPad, “View” for opening copies of purchased/downloaded magazines and new – “Archive” – so the months you have already read and don’t need to carry around with you anymore. It is much nicer than some apps that say ‘delete’ which always makes you wonder if you can get your purchases back to read again. Nice feature Wired!

Landscape view of the ‘grid’ offers the wide version of the covers: 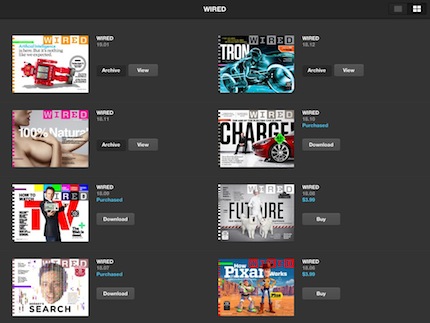 A new feature inside of the magazine has been added to the beginning of many articles. A short bit of animation without being a full movie download (movies still ‘in’ articles though). The feature is being used for a bit of smoke out of a hat and below is a couple shots from one article where a cat walks in, grabs a bite of food and walks off screen… er, the page of the magazine. 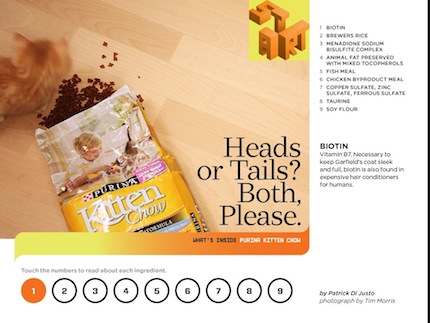 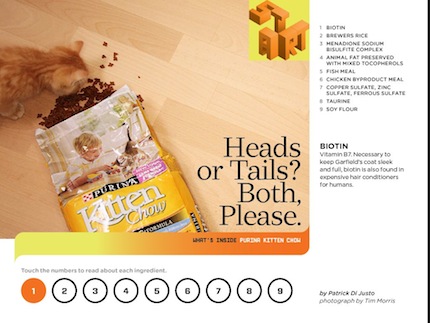 Above is the numbers feature that you tap through to change the content on the right, also used for pictures that the electronic magazine has that the print version does not. Another use of these buttons feature appeared in this month’s Wired. Choosing the numbers flips through the pages of a printed letter, very nice way of adding content without creating additional pages that have to be flipped through if there isn’t an interest in reading the article. 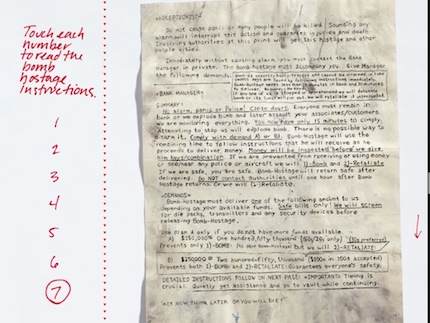