Photo manipulation apps for the iPad are starting to get much more useful than trying to do the same process on the desktop. Today’s hot find is TouchRetouch HD, an app that allows you to removed the bits in photos you don’t want. But instead of leaving a whole in your photo, it automagically replaces it with what should be there. No, the best man in the wedding wont be changed into prince charming, but he will be gone and empty stairs will be left in his place. All with only your finger and a single app.

Normally, when you have a picture that you want something removed, you can get an application that allows you to draw around it, the app will cut that part out of the image and you end up with a blank ‘hole’ in your picture. Some apps will allow you to clone an area around that, usually just a bit of color fill to replace that hole. This is fine if your talking about removing a pesky planet in the night sky that you never thought should be there.

Using TouchRetouch HD, when you remove something, the app looks around and fills in with what should be there… a bit of high detail wall or a field, etc… all just by coloring in the area to remove/replace. 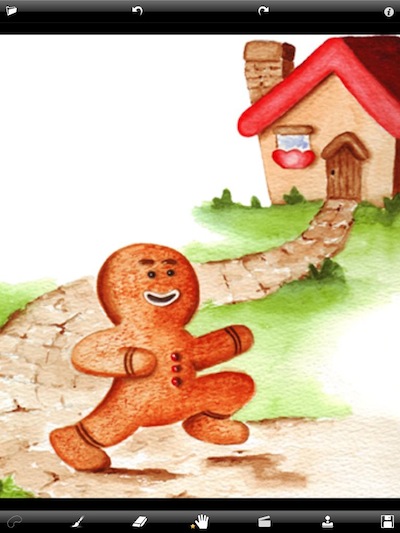 Choose the brush to highlight the area to be effected: 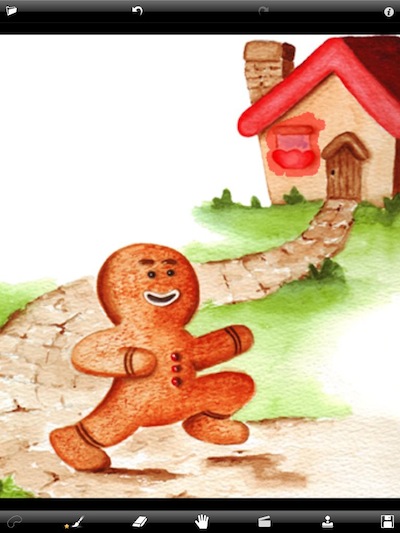 Tapping the icon that looks like a movie filming start clicker causes TouchRetouch HD to remove the object and replace it with what it thinks should go there. No, this was not an image that had a window painted on top of it, the ‘window’ was part of the picture. 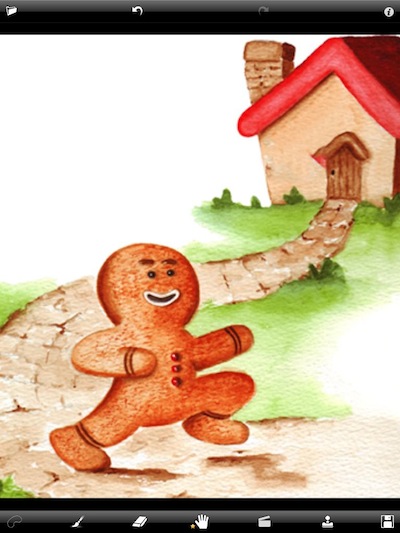 The app includes several ‘how-to’ videos built in so ready no matter where you are. You can see just how much detail Touch Retouch HD will fill in with. The app also includes the ability to clone in detail for you. Run your finger over the area of the image that has the right detail and the edited or highlighted area fills that detail in. No cut/paste and edge matching needed, the app does it for you. 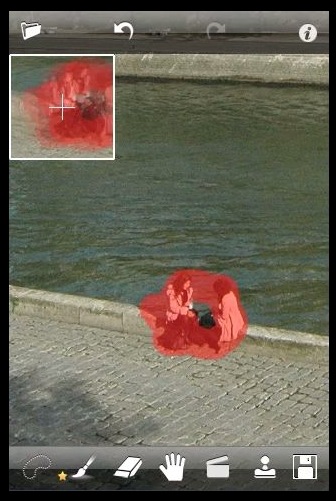 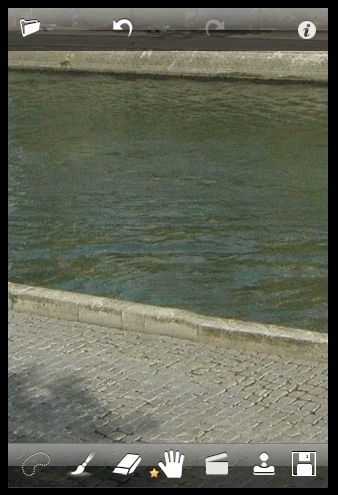 Currently, Touch Retouch HD is only 99 cents. It is not a universal app so you have to buy a version for each type of iOS device you own (iPad vs iPhone).

A few other items the developer mentions you may want to use the app for:

* Remove spots from sky or other backgrounds
* Remove wires from your picture
* Remove banners from the buildings
* Remove human-made objects from nature views (bridges, buildings, tents, ships etc.)
* Remove your shadow from self-made picture
* Remove people from the photo
* Remove ghosts and flare
* Remove surface breaks
* Smoothen and retouch the face
* Create funny pictures: for example, remove parachute and leave the guy flying in the sky