A couple things about the iPad2 camera; we don’t plan on holding up the iPad like a camera to take family pictures, and it isn’t an equal resolution to the quality of the iPhone4. Saying that though, we are using our iPad2 cameras daily.

Handy for pictures of paperwork, whiteboards, locations and creative ideas. Before we get to the apps that we are using to touch up images or having fun tuning pictures wtih special effects, let’s talk about making it usable.

An app that has found it’s way into our daily workflow is QuickShot (there are several apps called Quickshot… get the right one!). The app is written by a gent who knows his way around photographing hardware and software so it automatically tunes the built in camera’s abilities by making picture taking much faster. Using the app, you can snap pictures as fast as you can hit the button. Non of the normal iPad/iPhone delay between shots.

QuickShot has similar buttons the built in camera has (the iPad2 doesn’t have a flash like the iPhone4 does so you may notice the lack of that option). The upper right corner moves between the cameras. Along the bottom is the Settings area, the image capture button and a button to access the built in photos area. 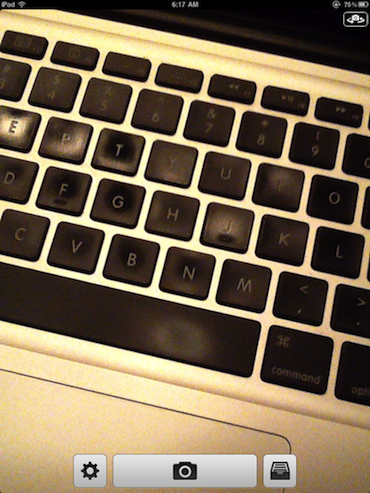 Tell QuickShot about your DropBox account and which folder on that cloud account you want images to be saved to. Photos are automatically saved to the cloud and to the iPad’s photo area (optional to turn off) every time a picture is taken with the app. Geotagging of photos is available for iPad2 3G models. 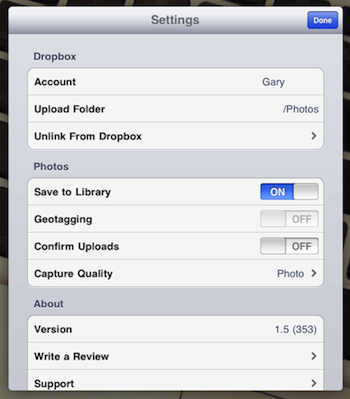 Quality of images to be saved from QuickShot to your photos area and to your DropBox account is adjustable. 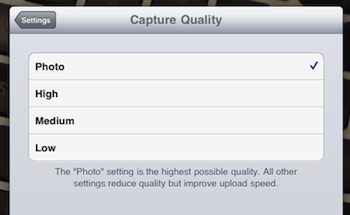 Tapping the drawer button in the lower right corner opens your built in Photo Library. You can then choose which group of pictures to transfer to the same DropBox location the app has been auto saving images taken with QuickShot. Choosing the ‘share’ button allows for choosing of the pictures to save to the cloud storage. 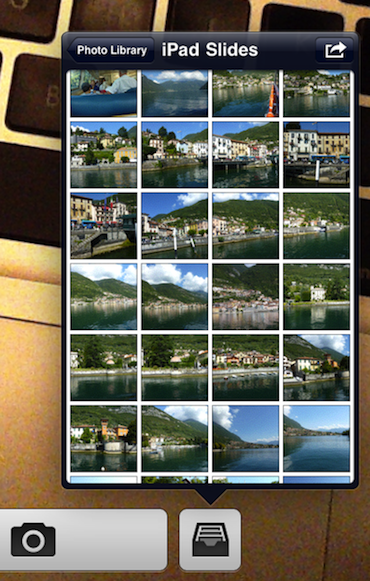 As you tap an image from your photos area, a green check box appears and the counter at the top shows the quantity to transfer. Tap the ‘Upload’ button and QuickShot moves those images to the chosen folder in your DropBox cloud account. 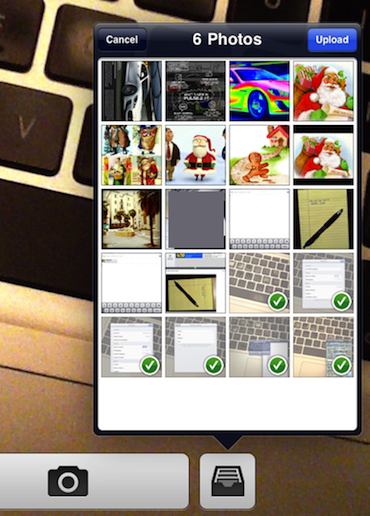 After you choose the photos to have QuickShot move from your photos area to your DropBox cloud location, a counter appears at the top of the screen to show the progress. This transfer continues after you leave the app as long as you have Internet access.

Since QuickShot is a universal app, you can install it to both your iPad2 and iPhone4.