We are all seeing the posts about the new iPad having a camera or even two cameras. We aren’t thinking though that we would just be getting a big screen iPod Touch. Instead this will be a rethink on how we integrate our iPads into our work day.

First, no, we wont be holding the iPads up like we do our iPhones to take pictures of everyone in the meeting. We will be using the camera to get information into our iPads and a way of sharing meetings to other locations.

We have spoken at length about saving files we create on our desktop computers and then saving those off to a cloud service like DropBox. We roll into a meeting with our iPad and grab off the Internet just what we need for the meeting. Most of the documents we will edit and put back, maybe share out though a DropBox or Evernote folder.

What hasn’t changed is going to meeting and there being handouts. We like writing on paper just like anyone else. The problem is running from one meeting to the next and having to drag along an increasing sized stack of papers. We carry our iPads to cut down on paper.

A solution to this that the iPad Camera will give us is the ability to snap pictures of the documents in the meeting and leaving the paper behind. To be really usable, it takes more than just taking a picture. Apps like JotNot and Genius Scan treats the images like scans. These apps let you join the many pages together into a single document, reorder the pages, directly share out to the cloud services and even straighten an image of a page you took at an angle. 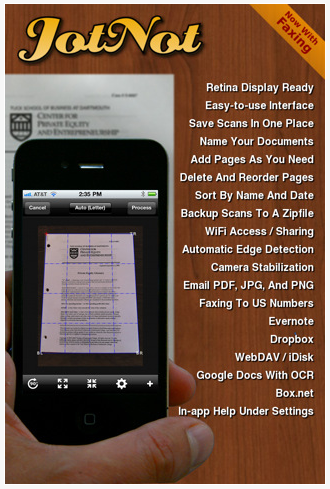 These same apps will be very handy for taking a picture of the whiteboard drawn on during the meeting. Since the room is never big enough to take the image straight on, Genius Scan lets you select the corners of the whiteboard in the image and it straightens it to look like it was a picture taken straight on. You can adjust the back ground balance too to make the text stand out more. Join that to the images of the documents and you walk out the door with a full representation of the meeting. 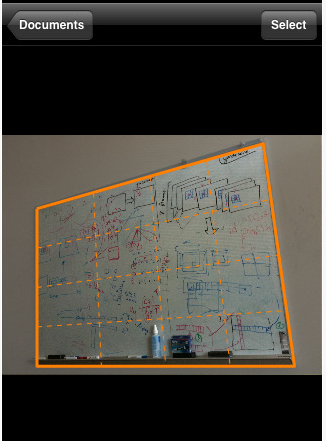 The other hit for us having a camera on an iPad is for our guests that can’t be in the room. We have done this a few times with our iPhones with great success, other than the iPhone has a small screen to see across the room.

With the screen and face camera side of the iPad turned towards the members in the room, place the iPad in a stand. Then, running either FaceTime or Skype Video (we use Skype on our iPads now for voice, faces will be a nice addition), you are able to see the face of the person calling in via the Internet network and they can see you. The size of the iPad screen means that the person calling in is very close to life size. 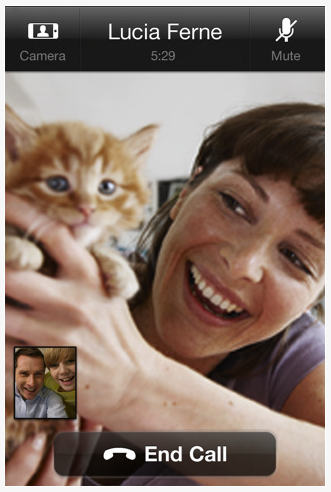 Lastly, sign recognition. Google Goggles and Word Lens allow us to look through our iOS devices and see signs translated to different languages in real time. That is going to become much more useful with the larger screen, able to translate pages of info rather than just a street sign. 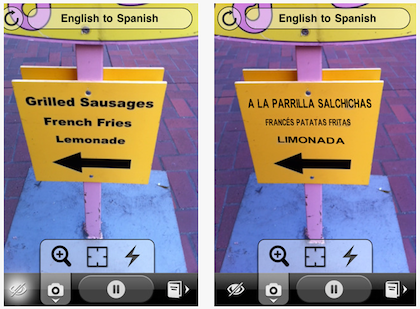 Yes, we are excited about the cameras, let’s hope that Apple really is going to extend the capabilities of our work iPads like this!