Due to the large screen of the iPad, we have long taken pictures with our iPhones then transferred to the iPad for viewing and editing. Now that the iPad 2 has a camera of it’s own, we might be taking more pictures directly with the iPad.

The wireless transfer of photos between the iPad and the desktop can be accomplished several different ways. There are several app options where your iPad and desktop are on the same wireless network allowing you to move photos around. Most of the options try their best to automate the process which then has connection and time out problems. We will report back when we have a solution we can get beyond.

For iPad to iPad and iPhone to/from a iPad, we have been enjoying a very inexpensive app called WiFi Photo Share Pro. While ‘WiFi’ is in the name, we actually use the Bluetooth option the app provides more often. Just launch the app on the two devices, they will find each other and you move the photos one or several at a time. WiFi Photo Share Pro does also work via WiFi, but that involves more variables than a simple device to device Bluetooth. 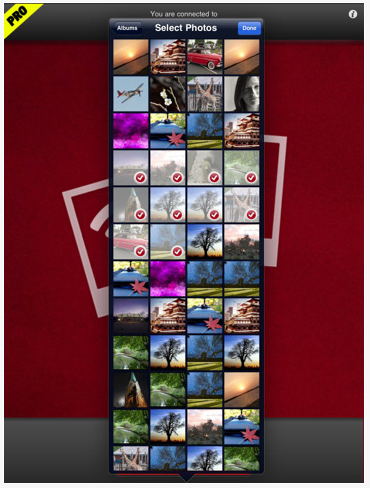 If you just need to move one photo to someone and they don’t wish to spend the dollar for the Pro version, there is a Lite version called Bluetooth Photo Copy. This ‘lite’ version will only move one image at a time, has size limits and ads. 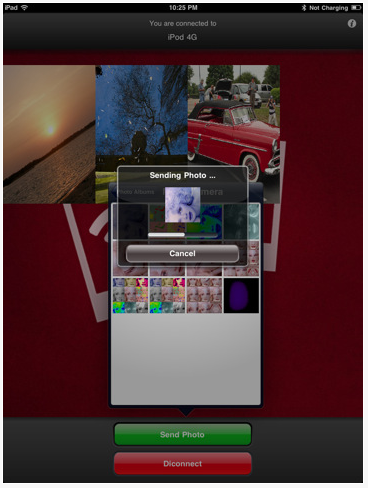 Finally, the option we use more than anything because it supports iPad, iPhone, Mac or PCs is DropBox. The free DropBox app connected through the free DropBox Cloud service works very quickly. Allowing for photo sharing to devices no where near you. But, it does currently have the limitation of one photo at a time.