In the land of yesteryear games coming into the modern world of the iPad, water pipes was one that has had a few attempts at making the jump. We enjoyed it on older handheld technology, but the basic pipes is lacking zip on the iPad.

PopCap games has dusted off one of their games and redid it for the iPad, Candy Train. Which for the game and the iPad, just what was needed. Add to the color, the fun angle, the challenge… it’s free too!

Like the water pipe classics, Candy Train has squares of directional ‘track’ to guide the train around the screen. Tapping a square twists the square’s art so you can connect the track ends allowing the train to chug along. 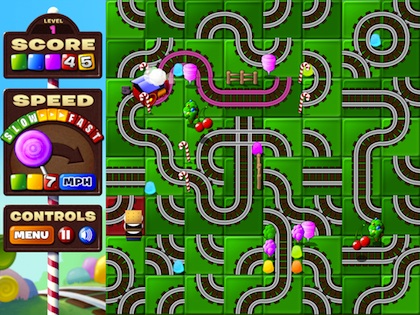 This Universal game has controls on the left to speed up the train if you have a solid path set down. If you only able to just keep in front of the train, the slower speed will be helpful. You want the train to travel through the squares with items in them to pick up that feature, train car or enhancements.

Two limitation we did notice on the Candy Train compared to the old Water Pipes, you can’t have the train exit one side of the screen and come back on through the other side. A track guiding the train to the edge will end the game. And, it only plays in one force Landscape view. 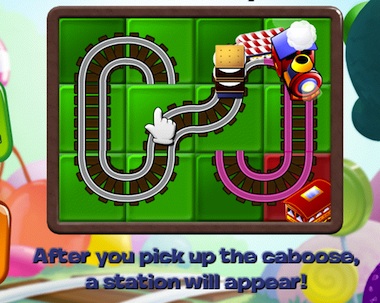 Candy Train is one of those games that is hard to put down. Since it restarts quickly, one game leads to another, then another… the colorful train twists it’s way around your iPad’s screen. 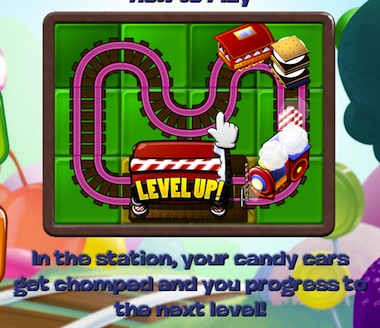 Candy Train gives points for a variety of things through the game. Compare with co-workers and other family players. 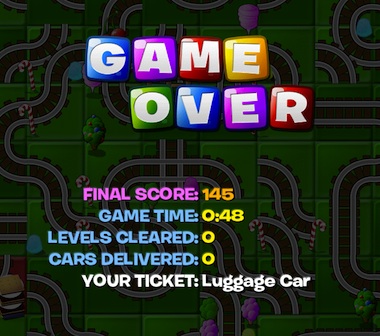