We have a lot of different ways of propping up our iPads. Little stands we take with us to meetings, others that stay on our desks or counter at home and still others we travel with.

A new stand to many of us showed up at the office today (sometimes fun stuff comes in the mail on work Saturdays!). The little ‘stand’ is from Griffin, called the Arrowhead. Basically, it’s a two part stand that is small enough to carry as a single unit yet big enough that when split apart holds the iPad pretty firmly. 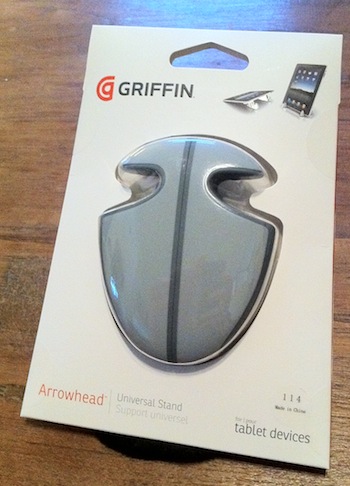 Small magnets inside of the Arrowhead feet keep the two halves together when being transported… in your case or pocket. Pop them appart and place on the table or desk to sit the iPad in. 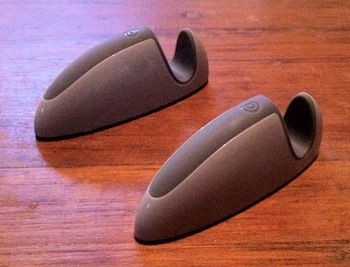 The iPad sits nicely in the rubber lined grooves to be viewed as landscape or portrait angles. The cutout for the iPad allows enough room for a thin case, to stay on the iPad and still use the stand. Especially the Apple Smart Cover. The anti-slip on the bottom of the Griffin Arrowhead feet keeps the stands from moving about every table surface we tried them on. 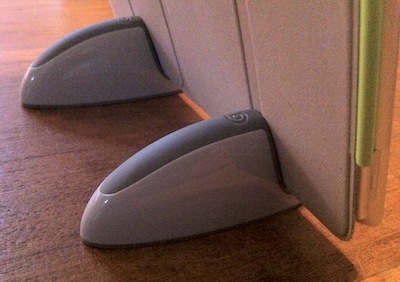 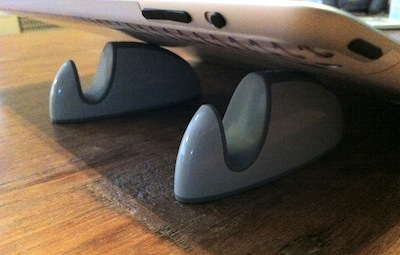 Side view of the iPad sitting loosely on the Griffin Arrowhead stands. The rubberized edge of the stands hold the iPad pretty well when the iPad is bare or in a case. We found that the iPads that had a vinyl back protection sticker would slide a bit if the iPad was on a slick table. So, some folks that tried the stands typed away with no issue while others had to slide the iPad up a bit after a couple paragraphs of on-screen typing. 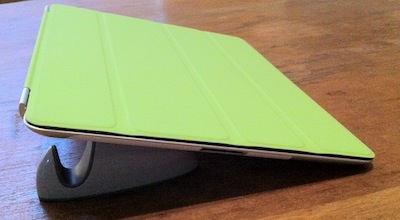