You may recognize the Evernote app name from your Mac or PC desktop. You can take snapshots of Web page, create new notes, and share them through the free Evernote cloud to your other devices. Note can be divided down into folder groups and with the help of adding tags/keyword, easy to search and sort. The only expense to use Evernote is the option to remove ads and up the file transfer size/quantity. Most won’t need the upgrade but it’s there for the serious users… like us.

The Universal free iOS app has been updated, impacting the iPad the most. In the portrait view, the partial text of each note has grown from the previous version. This makes it easy to know the content of a note prior to opening it. 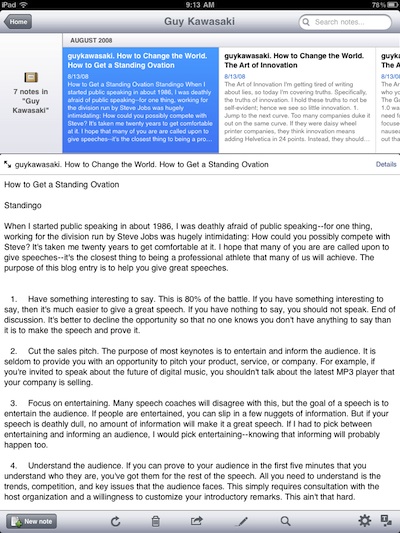 Evernote on the iPad works in Landscape view very nicely. This view is nice for sweeping quickly through a notebook full of notes. If you need to create new or edit, the text page opens over the top of this view rather than just part of the screen. 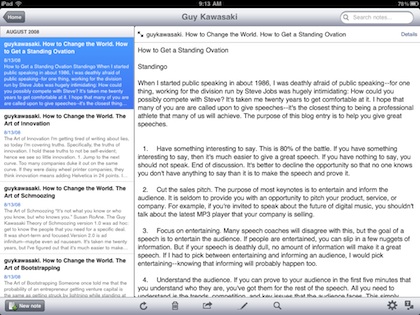 The major update for the new version of Evernote is the ability to create and edit your iPad notes using RTF. Launching a note previously created containing more than basic text has a few options for converting it or adding. 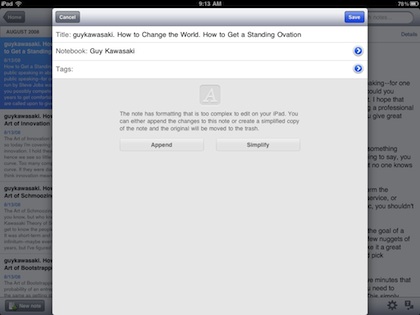 It doesn’t have to be all or nothing when choosing between enhanced notes and simpler notes on the iPad. From Evernote:

If you try to edit a complex note, you’ll be presented with new options: Append or Simplify. Append will add your additions to the end of the note. If you choose Simplify, Evernote will simplify the styles in the note to ones that are editable, which means that some complex styles may disappear. If you want to get back to the original, you can fish it out of the trash. 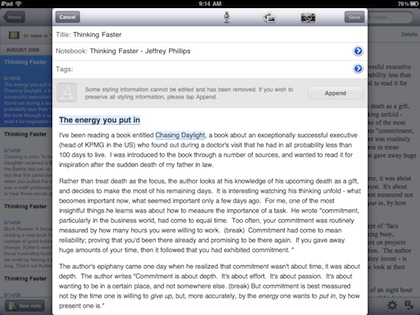 Creating notes on the iPad is in typed form, not handwritten ink. You can import handwritten notes as PDFs that you created within your other iPad apps though. Quick access text tools are across the top of the Evernote note page. 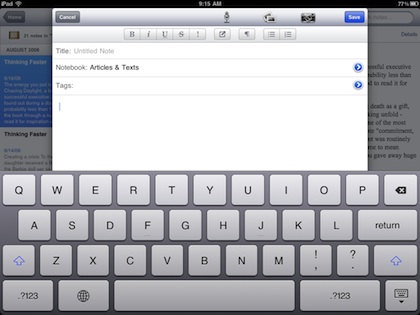 As you jump to areas that might need more information, the Evernote team has created screens for reference. On several pages we found the data we had already set up and just below it this ‘information’ view. 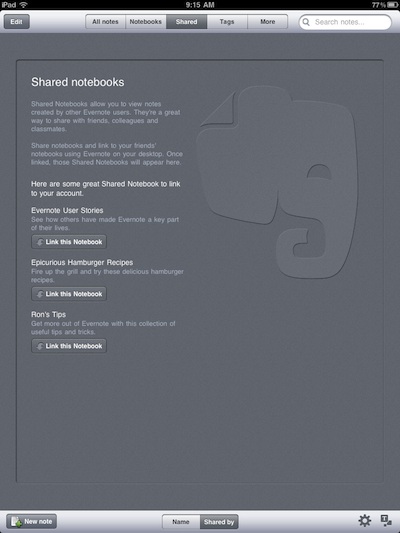 Most of us actually prefer the many ways to view our notes on the iPad version of Evernote over the desktop. Choosing one of the buttons across the top of the page regroups the stacks very quickly. Here is the notes in stacks of their notebooks they were created in, but going into a meeting we often resort by Tags for quick views of files on a subject or person from a previous meeting. 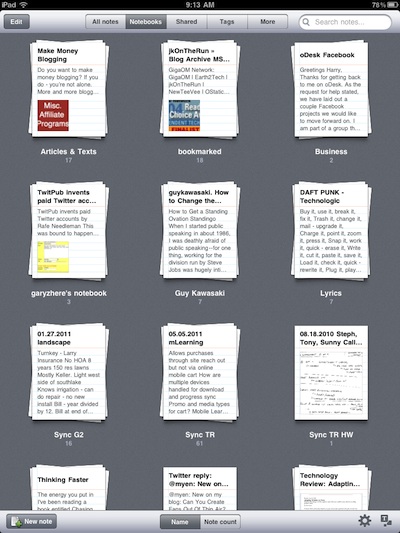 Next to the regular overview options is ‘more’ for grouping by location or by ‘searches’. 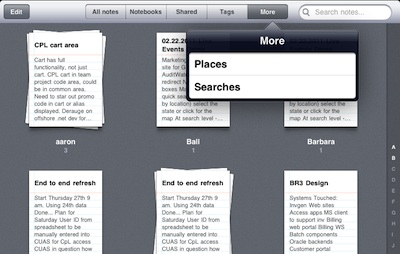