Google has updated their Google Plus app to run on the iPad.

It is still the same Free iPhone app, but isn’t blocked from installing on the iPad as it was previously. This means that there is no special iPad user interface and for full screen you need to run it in 2X mode. All that aside, you can now check your circle’s posts, images, jump on a Huddle and post to the Google Plus Social Network all via your iPad.

Launching the Google Plus app (after you log in) gives you a simple, quick access launcher area which has icons for the areas of the Social Network: 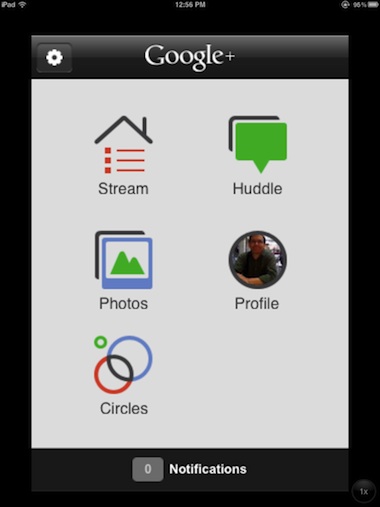 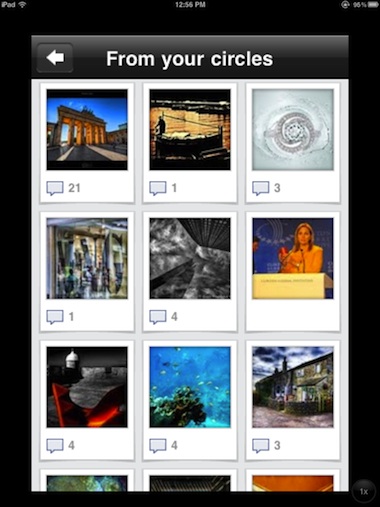 The main reason you loaded the Google Plus app was to get to the Streams of posts from the different folks you have in your circles, so there is a screen for that. While the screen looks very basic, it has all of the functions you will need. We would expect a UI update for the iPad to be more iPad like with options down the left, etc… For now, you can sweep through the posts, tap on images to view full screen, follow links, and from the upper right corner you can Check In and Create a New Post. A new post can include text, images and even location. 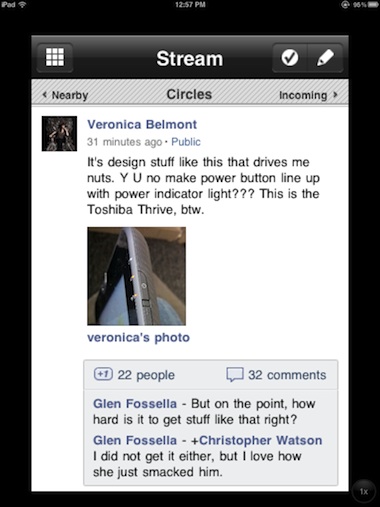 Tapping a post in the Stream will slide you to the right to view more detail on that post. Here you can +1 vote it up or add a comment. Select the back arrow in the upper left corner to return to the Stream view. 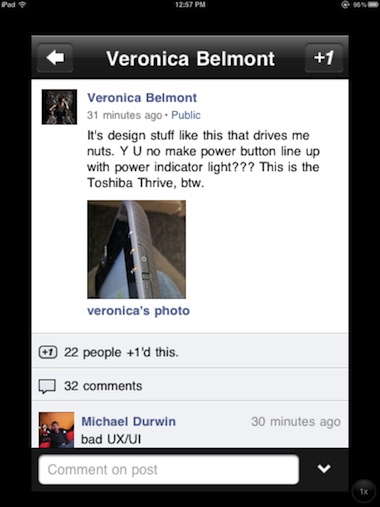 Sweeping your finger across the screen takes you to the other Streams. Google Plus app offers the same as the desktop, view by those in Circles and your Incoming list. Since your on a mobile device, view a stream from folks Nearby is also supported. 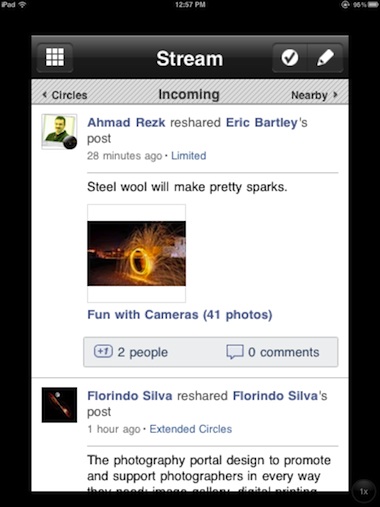 Through the app, your able to review and tune the people in your circles. Listing individuals can be done via alphabetical order of by how you have them divided into circles. There is also a search for when you need to find someone and your list has grown to the point you don’t want to have to scroll and scroll. 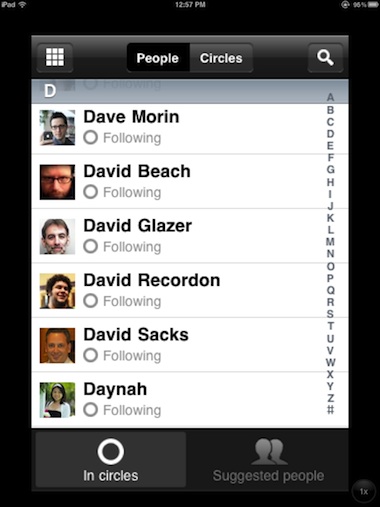 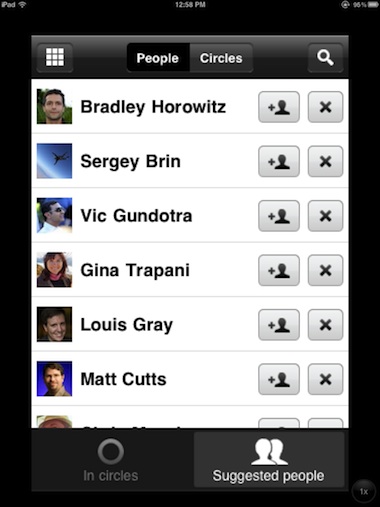