Prior to the iPad, many of us had ‘tablet notebooks’. Some folks where super fast at creating flowcharts with the pen. Handwritten notes where OK, made much better using aftermarket software. While those units are collecting dust on our shelves now, the software companies have continued to create updates for the users around the world that didn’t take the iPad plunge. One of those companies, Ritesript, released and update to their ritePen software as working with an iPad. 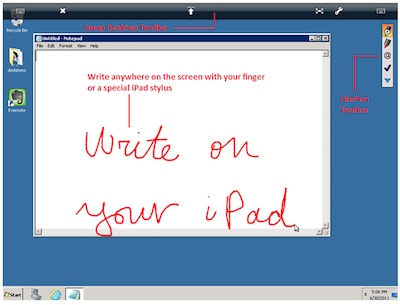 We will quote what they have to say about their new iPad app and how it interacts with a PC. While others around the office go download the app to start writing on their PCs that have no handwriting or drawing interface. The solution requires ritePen on the PC and the Jump Desktop app on the iPad. Depending on what pen interface you have considered for your PC, an iPad (used or new) might be a nice option. 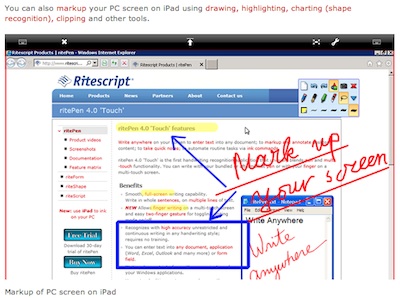