There are many very exciting features in iOS5 that we are looking forward to installing on our iPads next Wednesday (Oct 12th).

There is the new Multi Page Web Browsing, no longer will we be limited to 9 browsers windows.

Real messaging, free to send/receive text messages across our many Apple products.

Pop up alerts that appear and can be viewed to take action on now or later. 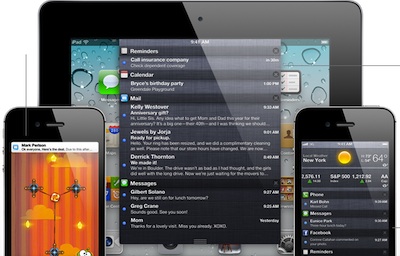 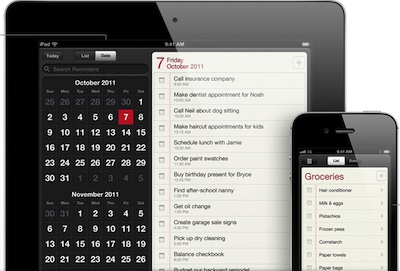 Wifi sync between our iPads and our desktops.

Well, there are 200 features in iOS5 and almost every one of them was on our ‘hope’ list. Apple has a pretty good run through of everything on their site.

One item that was covered in depth at the iPhone 4s announcement was the Assistant feature, currently known as the Siri app. Siri is a software solution/business that Apple bought over a year ago. It allows users to ask question in plain english speech, the software analyzes what was asked and replies with an answer. Answers can include something as simple as weather report if you ask if you should take an umbrella all the way to highly scientific questions which it answers using the Wolfram system.

If you saw the demo, you may have noticed it didn’t stop there. The person also asked if they had any opening for a lunch meeting on a particular day of the week. They told the system to schedule the meeting on their calendar and then send out a text to the other person to verify the meeting. All voice!

Back in 1987, Apple showed this technology in a concept file called Futureshock. The system was a two screen tablet that was open on the desk, which the user spoke to and received information, as well actions happened. We aren’t talking about the old systems from the 90’s that allowed you to tell the computer to create a new folder or document, this system worked with the data on the device and in other locations to assist the user. The, the actual system was called Knowledge Navigator.

After seeing Siri in action, you will see the connection from Apple’s vision to what we will have on our iPhone’s very soon. The current ‘Siri’ requires the A5 chip so it won’t run on the iPhone devices prior to the 4s. The iPad has a A5 chip… can we have our ‘assistant’ please Apple?!