We mentioned Adonit being at CES with their Jot Stylus enhanced with Pressure Sensitive capabilities on the iPad. Press hard and the internal electronics tells the iPad via bluetooth your pressing so the line needs to be different than the end of the line as you lift the pen off.

Over on Kickstarter is the Jaja iPad Pressure Sensitive Stylus. The project name is ‘Worlds First’ which we can’t say for certain if they beat Adonit in the design release. While Adonit is showing theirs at shows, Jaja is stating they should have a finished product shipping in April. Jaja has hit their requested money so the project will get funded and the stylus should get built. We want these pens so we hope everyone ships on time!

Both the Jaja and the Adonit have the same see-through plastic writing tip and both appear to have two button operation. While we have enjoyed our regular Jot pens from Adonit, the Jaja has a really nice grip and FUN colors!!

Adonit has not stated how much they will be charging for their Pressure Sensitive Jot pen. Jaja on the other had mentions their list price, offering a nice discount if you buy now via their Kickstarter project, which amounts to ‘pre-ordering’. An extra for people getting involved in the Jaja project can choose to get four of the clear stylus tips that will snap onto a mechanical pencil you already have. 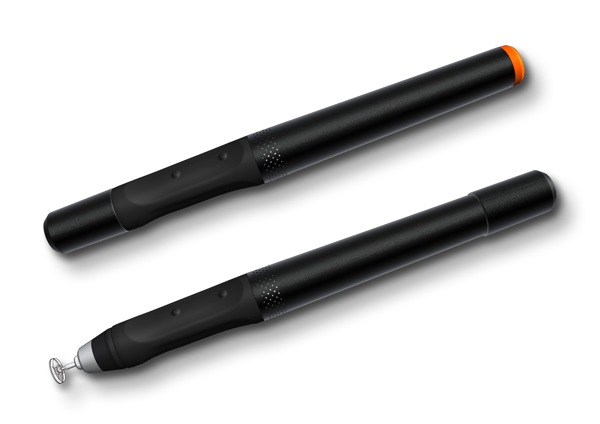 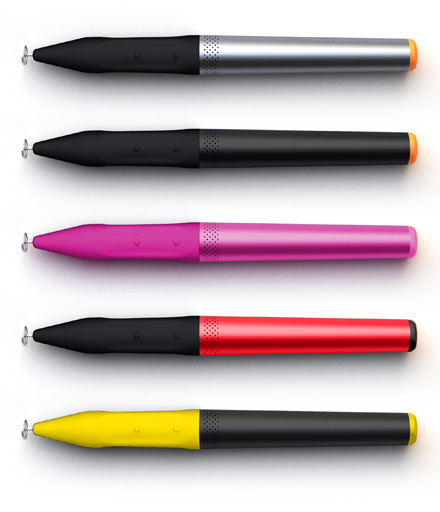