You don’t need a conversion app, till you need one. It is one of those apps that no one ever just happens to pick up because some day they may need it. Then, you need to figure out how many feet are in 50 meters, or how many 16 cups are in the office cooler 5 gallon tank… having an app on the iPad will make life easier than try to look a Web site that has a formula for the math.

One app we have been using let us know that it has had a price drop to FREE… no mention how long the special pricing will last though. What makes Conversion Touch HD one of the apps we turn to when math challenged is the drag/drop interface, instead of dials or spinners. 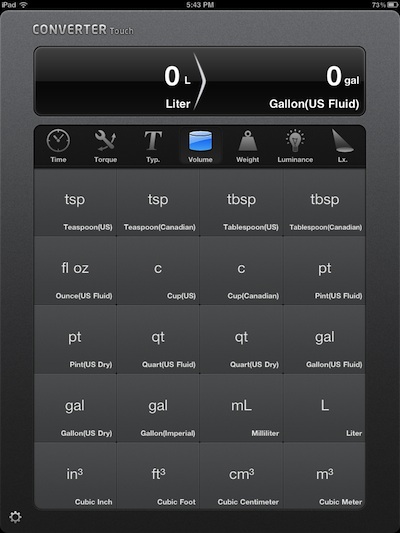 When you have the measurement type selected Conversion Touch HD (Volume chosen below), just drag what measurement you know over on top of the one you want the number converted to. 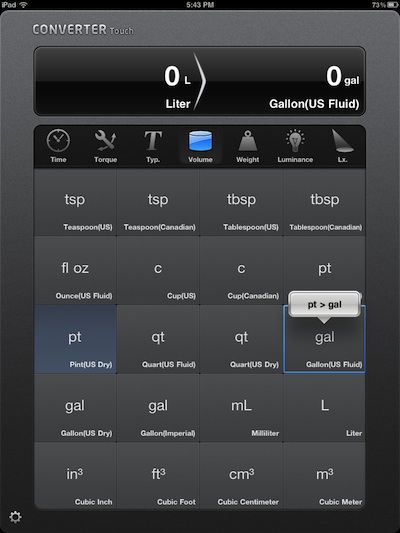 As soon as you let go, a number keypad appears to type in the number you know. Conversion Touch HD immediately shows you the answer. If you want to change the number, tap the red back key. Or, if you want to reverse the conversion, tap the two arrow key in the upper right corner. 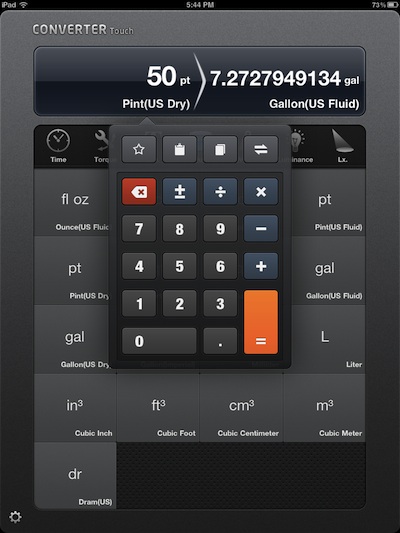 Another drag-and-drop feature of Conversion Touch HD is to drag the buttons up to the conversion area. Below is the currency conversion area… covering 57 different country currencies. 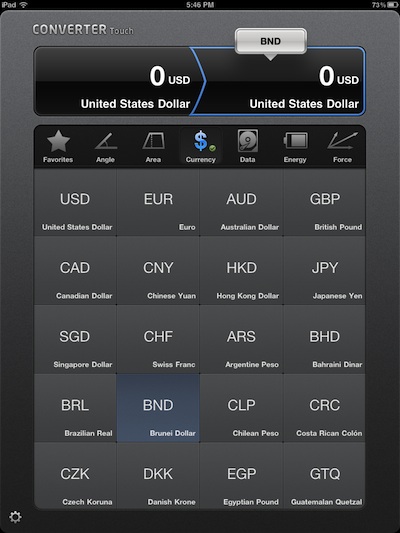 Conversion Touch HD has a ‘History’ area if you want to recall a conversion you did earlier or need the same measurements. Don’t forget, Free for now… 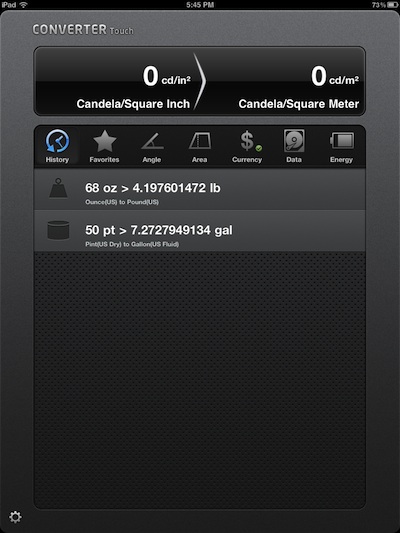