A feature in the iPad2 and iPhone4S is AirPlay, a way to have the screen of either unit show on a TV that is attached to a AppleTV2. You can play movies, do presentations and edit documents on the iPad as everyone watches on the TV.

Enter a Macintosh app, ReflectionApp… available at reflectionapp.com. With the software running, the computer will show up on your Wifi network as a AirPlay device, just like your AppleTV2 would appear.

On the iPad2 or iPhone4s, no special software is needed. You do not need to look for apps that have the AirPlay option. Instead, swipe your fingers on the iPad2 screen bottom to top. This will show the Multitask bar of apps which you want to swipe to the right to reveal the audio play buttons and the AirPlay menu. Tap the button and choose your computer from the list. Then, turn on ‘Mirroring’. If you have the ReflectionApp running on your computer, the screen of your iPad will appear. 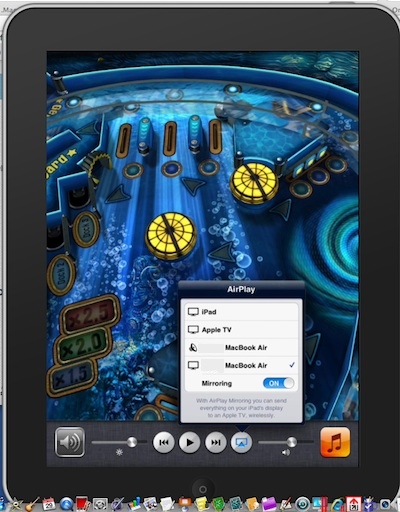 From within the Reflection App on your computer, you can choose if the iPad screen will be framed by a iPad graphic and if you want the screen show oriented as it is on the iPad or force it to show in landscape or portrait. If you leave the option as automatic, the image on the Mac screen will turn when you turn the iPad. 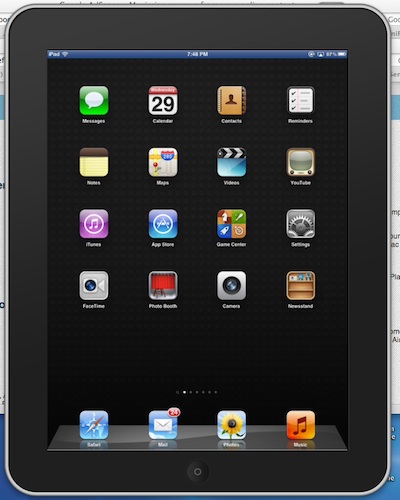 The Reflection App software is purchased through the reflectionapp.com site. Available as a single computer or in a five pack. So far, so good… well, not everything for everyone. Reflection App’s site shows video and games played on a iPad2 looking exactly the same on the computer screen. We purchased multiple five packs to install the software on a variety of computers. Computers with OS 10.7 works smoother than those on 10.6. We tested on 11″ and 13″ Macbook Airs, 15″ Macbook Pros and Mac Minis. We also tested on full office and home Wifi networks. It all comes down to, your results may vary. We highly recommend you download the demo and try before you buy. More than half of the team had great success from the very first time they installed the software.

Outside of video/game playing, showing and editing spreadsheets and power points worked completely flawlessly. If there is a need to demo software or walk through a presentation, we just fire up QuickTime and recorder the iPad screen showing on the computer screen. No software needed beyond the single Reflection App. 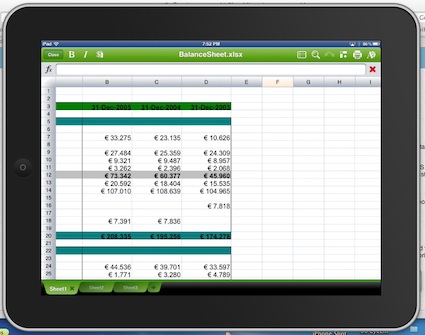 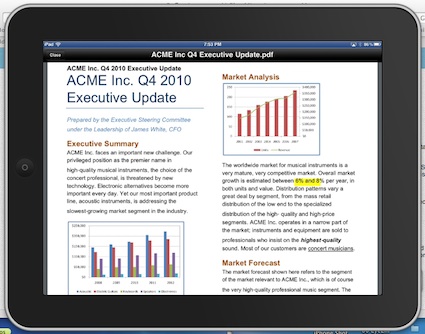