We received our Jot Flip stylus/pens this week. As promised, we put them through the paces and are reporting back if if we got what was advertised.

Right out of the box, we found the weight to be similar to the rest of the Jot Stylus line, which puts it in the class of a nicer ink pen than the usual stylus. The rubber area is great for gripping when using the stylus end. The cap has a metal pocket clip which  worked well with thin shirt pockets as well pants/bag pockets. The Flip does not have a magnet in it like the Jot Pro does… similar to the regular Jot. 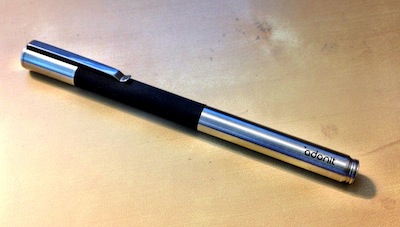 One end of the Jot Flip is flat with a threaded outer lip. This means the pocket clip cap will screw on to keep it from being lost. 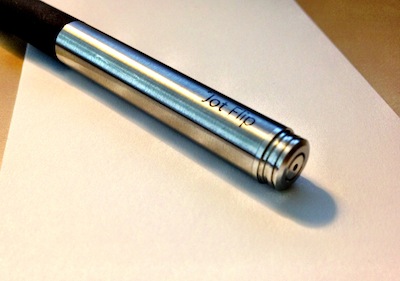 The big mystery for us was what the ink pen was. Twist the barrel and out comes the writing pen. The pen is a very small ball point pen. It writes nicely on paper, even the artists in our group thought it was a nice pen. The Jot folks say that there is a ink cartridge replacement available for the Jot Flip… we have yet to figure out how you do that though. We had thought the tip was going to be a felt tip style from the pictures, but now we are happy with the ball point since there is less chance of a pocket/ink issue.

Unscrew the cap from over the iPad Stylus end and screw it on the other end where the ink pen is. The stylus is the famous Jot tip that is a clear disc around a small point. An app decides what the digital ink width is so the size of the stylus tip doesn’t matter. What does matter is your ability to see where your writing on your iPad screen. The Jot Flip stylus tip glides very smoothly over the screen surface. It has a solid on solid impact when you start to write, which is much different from the fabric or rubber tipped styluses you may have used. 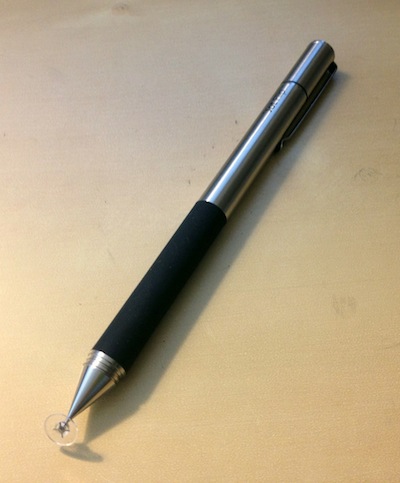