So, your a comic fan… we are too! There are comic Web sites we all visit for a nice chuckle, there are weekend newspaper comics making their ways around the offices and there are printed paper full color comics magazines. Everyone has their favorite but that doesn’t mean that there are any not read.

A comic reader app for the iPad has been getting a lot of use for the reading of a large number of comics without the need to carry (and try to not damage) paper around with us. Of course, everyone in the room thinks we are hard at work on a project as we sweep across the screen of our iPad… till we start to laugh. Then, we just blame it on a client having said something funny… So, what is your favorite? Grab the iPad HD version of Comicblendr this week while it is at the bargain price of FREE! 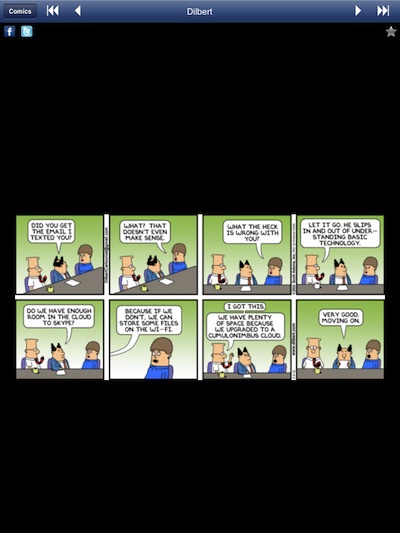 Tap the Comics button in the upper left corner to bring up the list of available comics. Tap one to have the last in the series of that group appear on the screen. If there are ones you know you will never read, just go to Comicblendr’s settings area to uncheck the titles you prefer not show in the list. 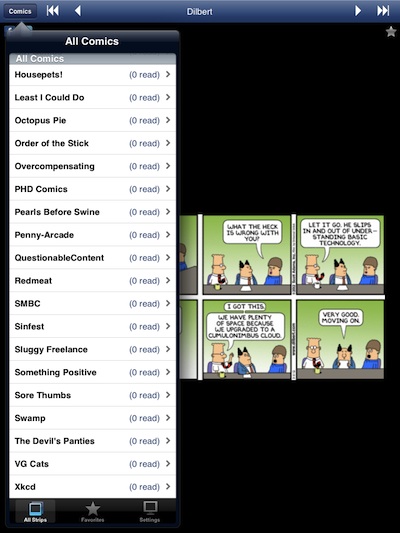 And, the list of comics in ComicBlendr HD continues. With numbers on the right to show how many of the series you have read.

The arrows across the top of the screen let you jump to the next/previous comic in the series, or jump all the way to the first/last. Comicblendr HD also lets you star a comic to your Favorites area so it’s easier to share with others later when they know your not actually working. 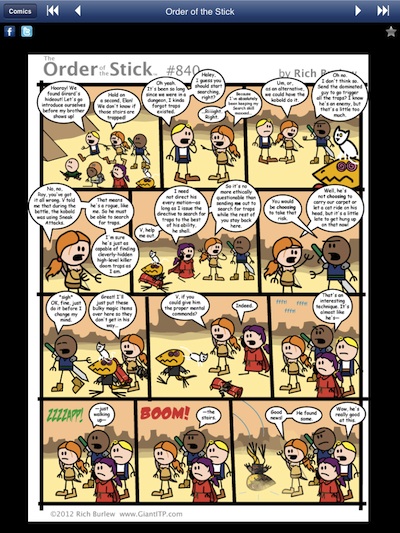