Redesign, rethink, updated, tweaked… whatever you prefer to call it, Twitter did it to their iPad app.

There is a lot of excitement around Twitter these days in the area of how services can connect to Twitter to pull data and push posts. Twitter is going the extra distance to control how things look to users. Some of this might be due to the increase of in-stream ads, but also it might be so they can better control the experience overall. Something all of the other major social networks already do.

For the update to the iPad Twitter app, there is a lot less panels sweeping in from the side and more inline content expanding. First the opening page has new icons down the left and the posts are wider which you would assume allows one to view more posts per page, but not the case due to loosing up the area around the posts. 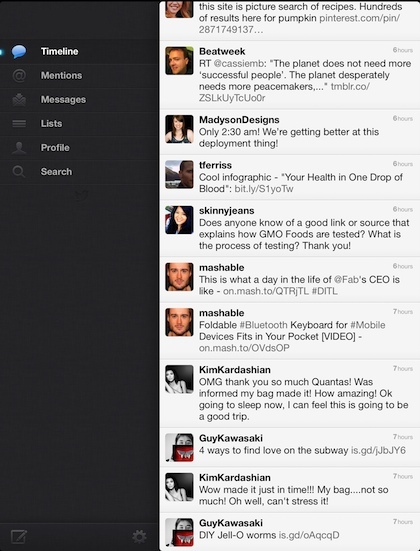 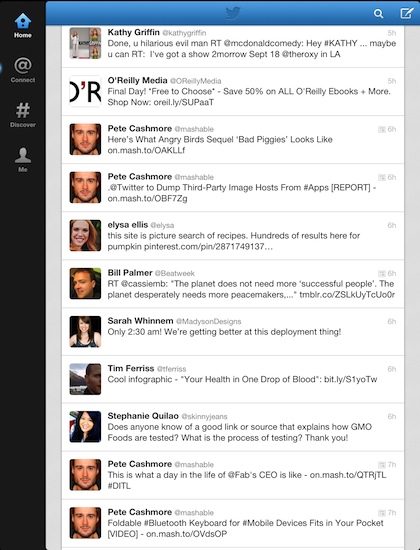 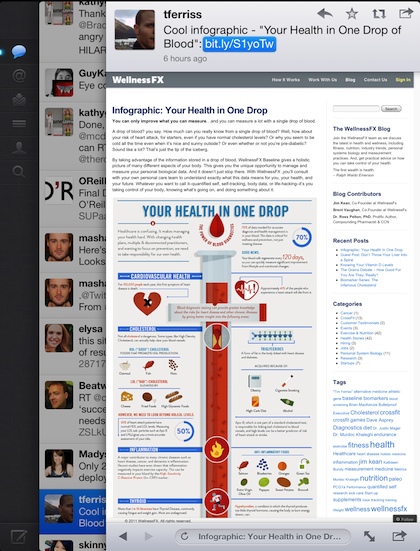 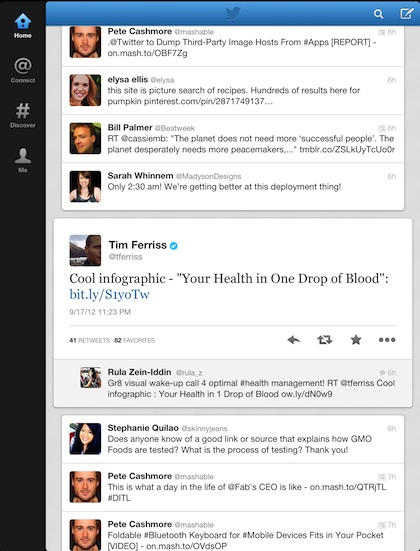 If there is a photo attached to the post, that now appears inline as well: 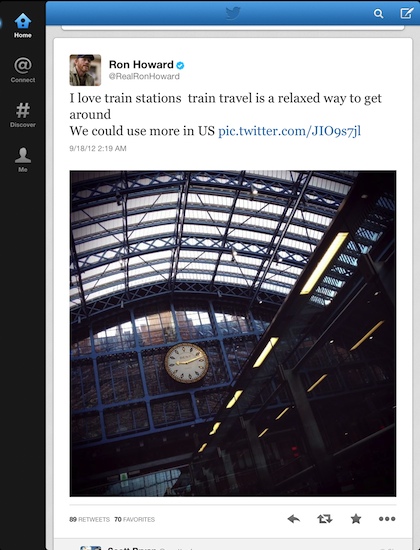 There is a bit of news about Twitpic no longer being able to provide an image service for Twitter which will surely be the case for many other link, photo, attachment services that worked outside of the Twitter service to provide additional functionality.

The biggest change that Twitter is talking about for the update is the Profile area. Now, the posting person’s image appears centered in a box and their important related data below. The box around the normal identification photo can also be an image (‘me’ icon on the left -> select the gear icon -> “Edit Profile” -> ‘Header’). This can be a fun bit of additional creativity area to add a bit more personality… in the right hands. For others, a picture over a picture play area might get cluttered fast. 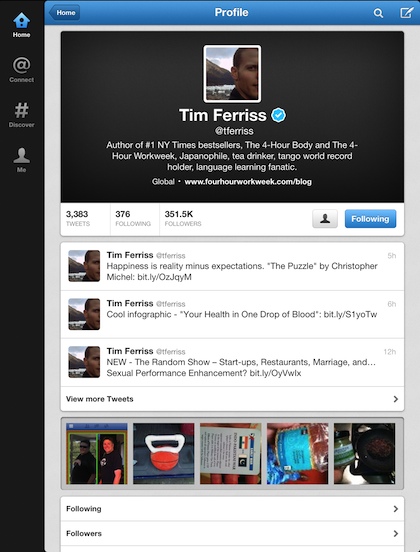 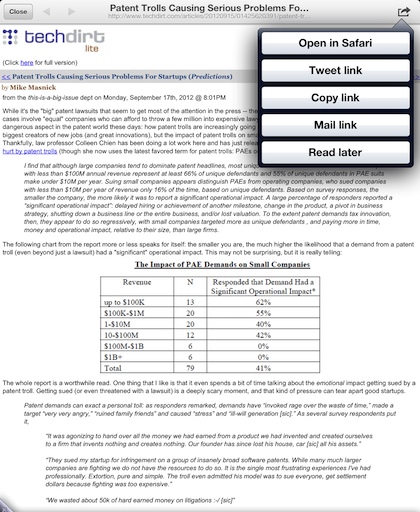 Like the changes are hate the changes, there will be fewer options in the near future as many of the other Twitter accessing apps loose their connections to the service. For us here, we have mixed feelings if panels sweeping in/out is better than expanding the stream or not.