Pinterest is one of those social systems that has followers which go way beyond being simple ‘fans’. While you can upload your own photos, most people share what they have found while buzzing around Web sites. Setting up grouping folders for photos shared, called ‘boards’. Photos, while seemingly random finds and shares have been found to follow a pattern around moods and social groupings. We can go more into that another time, for now lets say a little bit of sharing fun can get addictive when others re-pin your photos finds.

Today the Universal free Pinterest app was updated to match new features the service is offering. First, dealing with other people’s posted pictures. Since, the system is completely self regulating, that is to say ‘Big Brother’ isn’t watching to see that everyone posts nicely. A ‘report abuse’ button has been added. There really isn’t any details about what is ‘abuse’ or how the management of Pinterest will handle those reported as abusive, it has to be assumed that if someone doesn’t like a board, there is a chance it will be taken off line. For those not wanting to wait for enforcement to be taken by the system owners, there is now also the power to ‘block’ people’s photo pins.

The other big new feature is the ability to create private boards. Why? It could be because you wish to use Pinterest as a way of collecting photos of things you may give for a gift. Or, perhaps you need a board of pictures that are of friends that do not wish to have grouped and shared to the world. There of course is also the possibility that a board which runs the risk of being reported for Abuse could be hidden from the public and only viewed by the owner. That is assuming a person knows that their collection runs the risk of being called abusive before someone reports the board and Pinterest takes it offline. 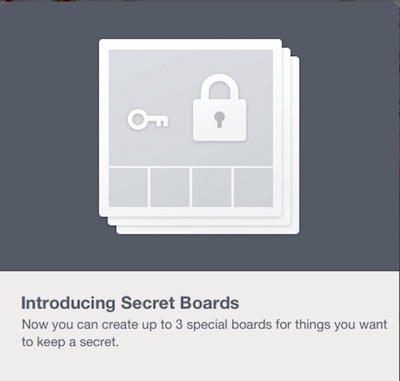 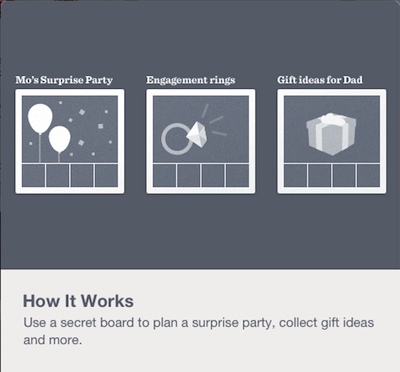 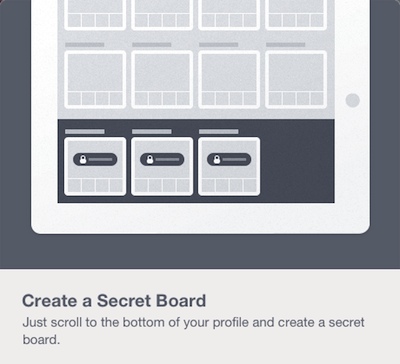 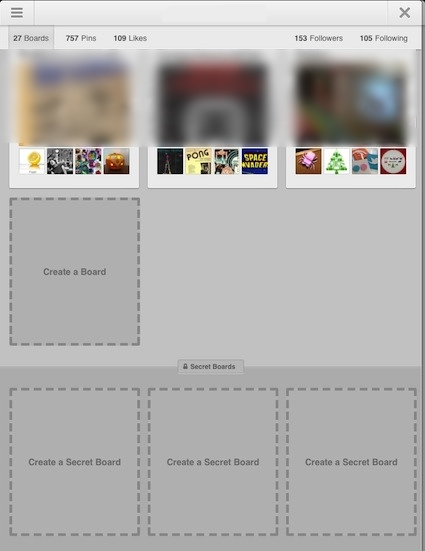