Sometimes, while not often, there is a need to convert a photo to what appears to be a cartoon drawing. Fun for kids, and actually handy when trying to add some energy to a Presentation. As a added bit of fun, Toon Camera lets you record videos using a cartoon effect too.

Today, Toon Camera has gone Universal so a single purchase means the fun is on both your iPhone and iPad. Launching the app, your ready to right away without a bunch of extra screens. On the right is the shutter button if you want to use the iPad camera. Along the bottom of the screen is: photo library photo import, pen/pencil effect, line thickness… on the right is the camera choose and a slider to select photo versus video recording. When recording video, the effect is applied in real time. 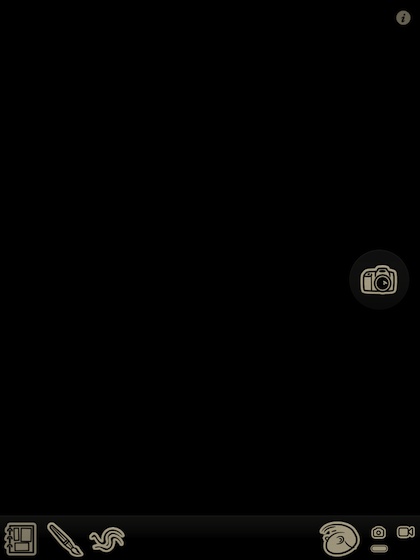 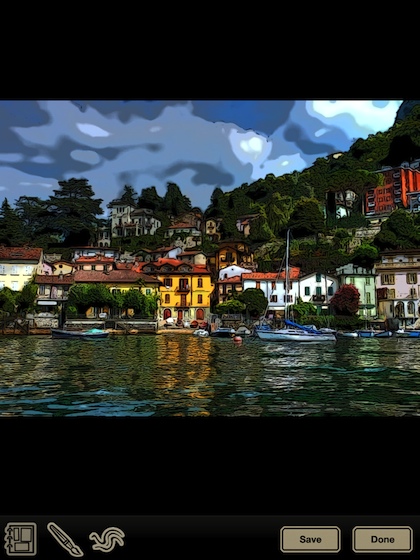 There is a selection of pen and pencil effects included. Just tap the pen icon to have the options appear. Swipe left/right to see, tap to apply (the change happens right away). The third icon along the bottom adjusts the line thickness being used. When done, just tap the ‘Save’ button. Toon Camera makes it easy to start over with another image by tapping the photo picker again. 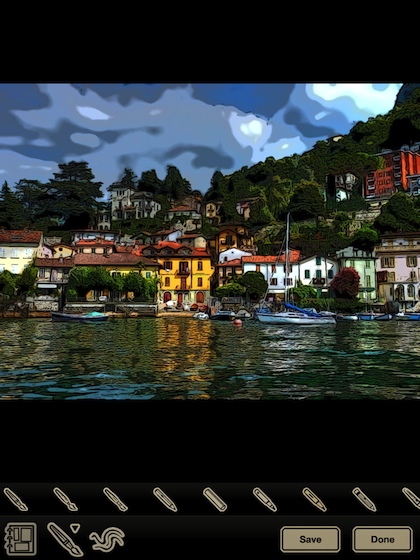