The TV weather person has a contently changing background. The local sky, numbers, radar, and a map of the US, while they stand in front pointing out what is interesting. The feature is referred to by the term ‘Green Screen’. The person stands in front of a green screen which the computer automatically shows a image on anything green while the person remains on top.

Easier than traveling the world, though less fun, is placing a person over a background of someplace the person never went to. It seems it would be easy, cut out the person and paste onto the background. Sadly, there are some things that was so easy with paper that is more difficult with computers. The developers of the Universal app, Green Screen Studio, seems to have heard our request. 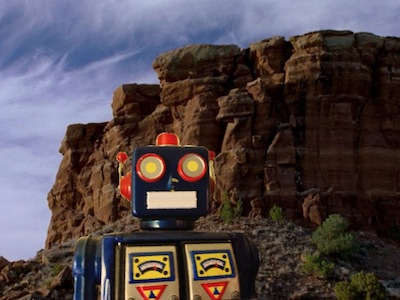 The above photos, a robot in the desert, was done in just minutes. Imaging if a little more effort was used. Green Screen Studio starts by having a person use the iPad camera or import a background and foreground photo. The app lets you color on the front image where you want the background to show through. 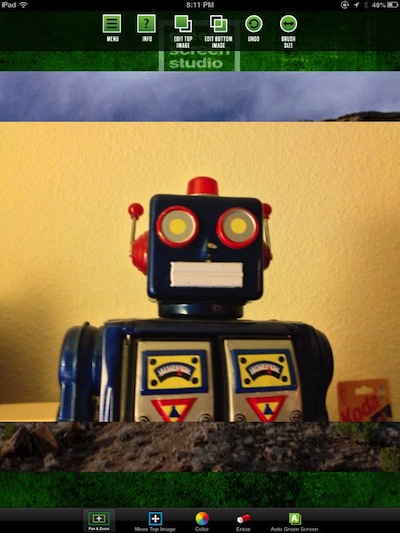 Either the front of back images can be enhanced with the built in tools. 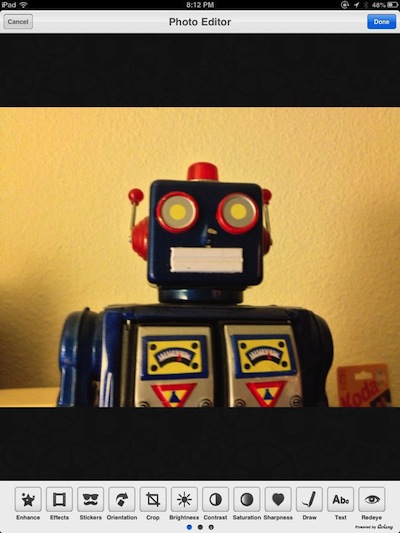 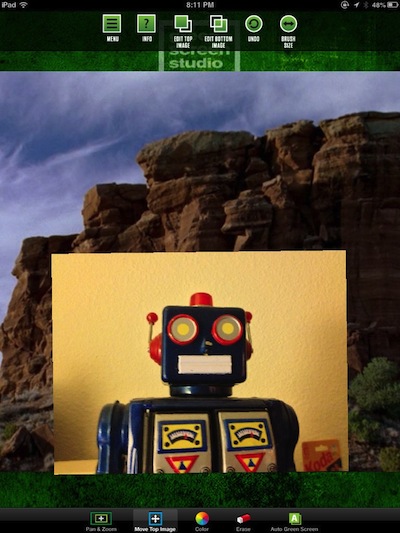 To get started quicker or if the front photo is pretty clean, use the far right button for Green Screen Studio to automatically do the clean up for you. Our example had a lot of grain in the front image so there was a little garbage left behind. But, that is quicker to clean up then start new. It’s a great place to always start and if it doesn’t do a acceptable job, just tap the UnDo along the top to go back to manually trace the foreground image. 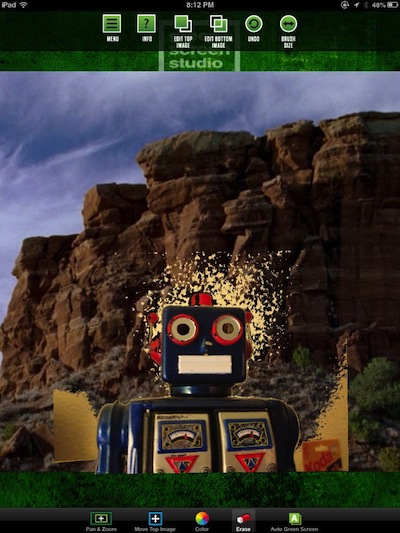 A couple tips to make your tracing of the front image quicker. In the upper right corner is Green Screen’s brush sizing tool. Using the lower left buttons, use two fingers to expand the image so you don’t have to work in a small area. Then pinch down the right size and drag to the right location. Choose the upper left menu button to save the final image to your iPad’s photo library. 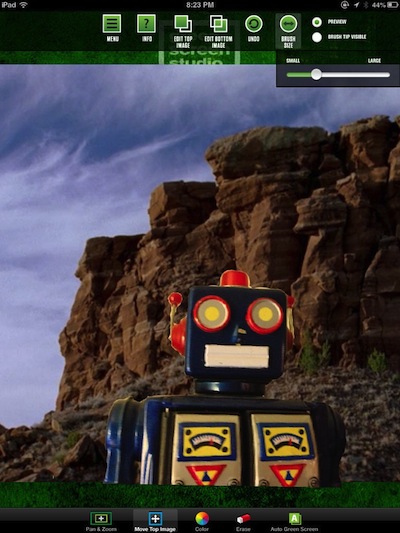