The monthly unlimited streaming, selection of movies/TV shows and the ease to use has made Netflix a app we see a lot on iPads. Not ‘all’ movies and TV shows in the Netflix library are available for streaming but enough to make it a popular choice amongst those that carry their iPads a lot. The universal app is free but there is a monthly charge to use the Netflix services (same account can be used on your iPad, iPhone, computer and AppleTV2).

Every since the video out feature was added, we see folks in conference rooms watching their shows up on the big screen via their iPads. Fun as a mobile TV around the house and at the local Starbucks too. This is all to say, we torture the Netflix system a lot with our group of users.

New in the latest release is Closed Captioning. While this isn’t a feature we ever thought to ask for, it’s proving to be nice to have when headphones are not appropriate. Not that any of us would ever watch a movie in a meeting… of course we are talking about at home on the couch. 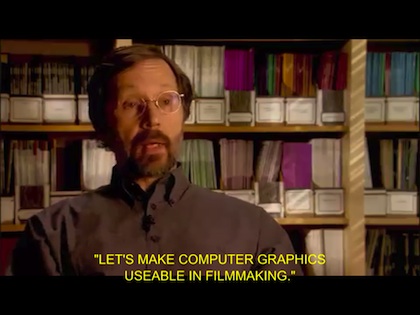 Not all movies and TV shows are close caption supported. This isn’t really a Netflix issue, the reality is that not all shows carry that feature. For those that do, you will see a little ‘speaing bubble’ to the right of the controls. Tap that and choose to see that text. 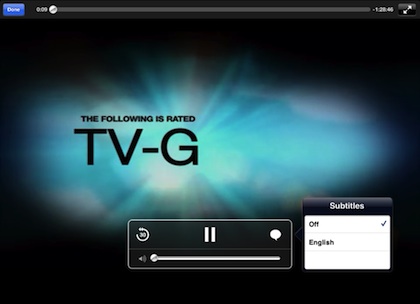