The folks from our team that went to Macworld (iWorld) returned and didn’t mention an app our creative group uses had won multiple awards at the event. The folks from Boinx received the Macworld Best of Show 2012 and Mac Observer Editors Choice awards for their app iStopMotion for iPad. We send our congrats!

If your new to iStopMotion for iPad, it is as the name states, a app for creating stop motion movies with the iPad2 camera. The first thought you may have is little animations made with clay or moving toy cars. We woke up pretty quickly as folks started making Lego movies more efficiently… “the right tool for the job” as one intern put it.

Beyond that though is using stop motion photography to capture the world around us. When there is interesting clouds, a nearby event or the traffic is playing games on the highway, we often see short films start popping up because someone had their iPad handy with iStopMotion on it.

For the ‘pros’ in our group, there is two stand-outs: the ability to quickly view what has been recorded thus far and jump back to taking more photos. Also, the free add-on app for the iPhone 4(4S) that lets you control the iPad’s photography duties with the iPhone… great for those times you have iStopMotion for iPad running on a iPad perched where you don’t want to be moving it around. 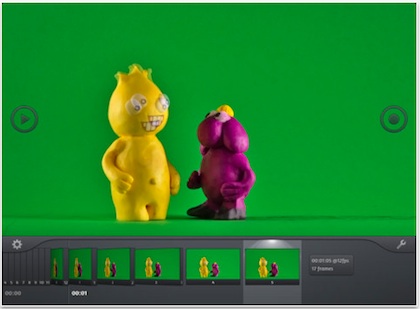 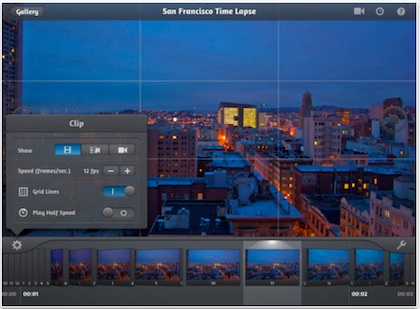