There are templates you can add to the Pages app on the iPad to create newsletters, flyers, booklets and even enhanced letterhead. When it comes to making posters and flyers, Pages is a lot of program to do a small but highly important document. It is what we assumed a team member was using in the car on the way to an ‘pre-event’ gathering that needed a flyer changed. There was a change to one of the images on the page and three was a need to alter the text to include a new person’s name. That person, being a headliner, meant an update was needed to the text that included a font and color alteration. This was all accomplished in the space of two blocks in light traffic.

When we hit the ‘pre-event’, they AirPrinted off a dozen copies to a printer on-site, it looked great so they emailed the image file to the quick print next to the event location to have a bunch printed off. The flyer image was also uploaded to the event’s Facebook Fan page. Absolutely no kidding here… they really did all of that in a half hour, and all via their iPad!

Later, in a post event discussion, we found out the whole flyer change (and original flyer creation) had been done in an app called Phoster. It’s a universal app so ‘buy once’ and use on both your iPad and iPhone. The creative team person mentioned they had bought Phoster for a couple bucks previously to quickly create a hand-out for their child’s sleep over.

Phoster comes with over 90 templates. They allow for font, color and size of text changes. The background color of the poster/flyer can be changed and images added/removed. Phoster isn’t a completely blank canvas like using Pages, but it does what it is supposed to without the need of a large manual. A simple appearing tool that makes us look good at work and at home. 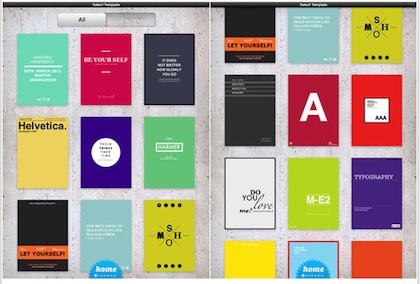 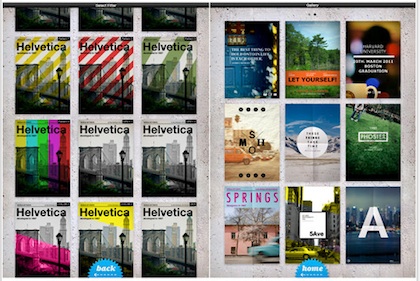 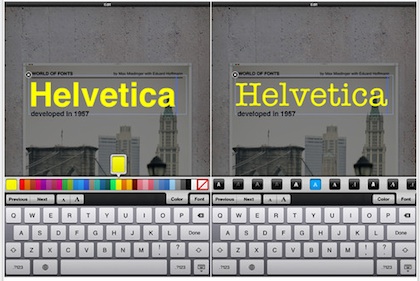