There has been a few attempts at showing us a regular updated list of tweets on our iPads. Most has us pulling down on the list to refresh. A large group of recent tweets are downloaded and we scroll up through them. 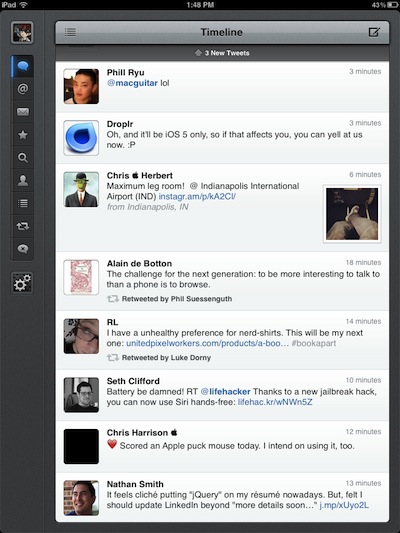 If you follow many people on Twitter, this could mean a fast moving list. Since that would be rather hard to watch, Tweetbot has a feature that will really be handy now. Set up the Tweetbot ‘Timelines” for your friends, family, work, etc… then choose a timeline to watch rather than everything. The ability to have more control over the alert sounds is nice too since we don’t need to hear every time a tweet comes in when streaming! 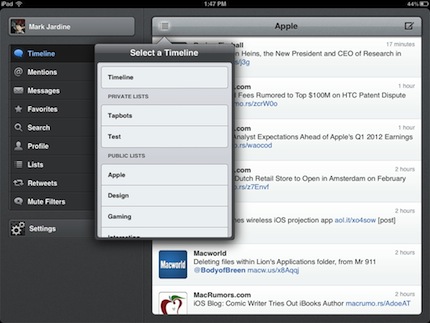