We have all been fans of those big wall ‘clocks’ that show the time and sin position around the world. A few years ago, the clock came to the iPad. A month ago, we all started talking about them ‘word clocks’ we were seeing around town. There was even a kit to build one, all it took was a lot of time and a steady hand and some electronic stuff. Several of the team had good intentions, but the kits continue to be a box of parts looking for a less busy Saturday.

Lucky us, the Time in Words has come to the iPad. Of course, with a lot more features than the light up box has. 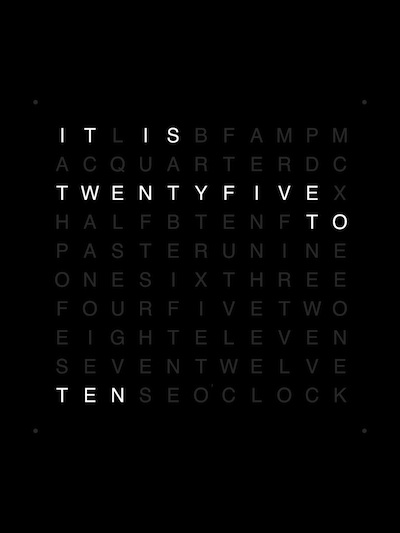 The background colors of the text area can be changed by swiping across the screen left/right. Not something you can do with Time in Words when it is a bunch of letters cut into word, all back-lit. 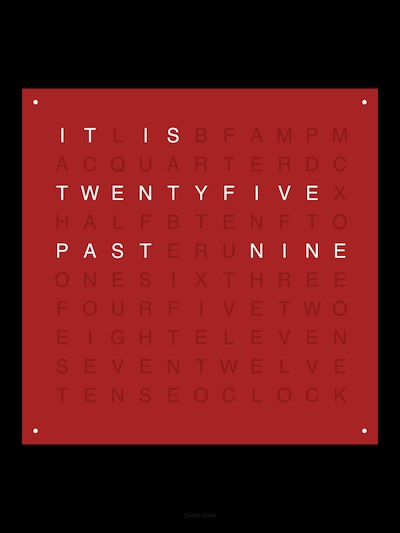 Trying to show seconds in words would be near impossible to read. About the time you could read the word, it would be changing. Thus, seconds are show in numbers, outlined in letters. To get to seconds, tip your iPad to the side… which is to say, while looking at the screen, twist the iPad like a steering wheel of a car. Do the same to return to the regular time being shown in words. 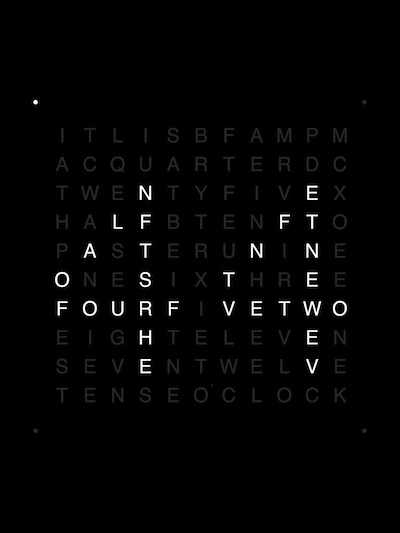 If you read the reviews, there are many people saying the app isn’t in English. Actually, the app shows the time words in many languages… very cool! Reading the instructions, or just by trying things, it can be discovered by swiping up/down will let you cycle through the languages provided in Time in Words. 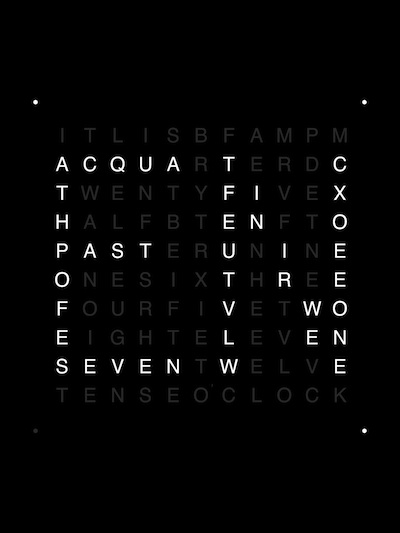