Apple gave us Newsstand for reading Magazine on our iPads. Zinio has been providing access to our favorite magazines to read on a variety of mobile devices for even longer. Over the last few weeks, we have been playing with another option, “Next Issue“.

Both Newsstand and Zinio offer single issue or yearly subscription purchasing options for a large variety of magazines. Zinio is usually a direct electronic version of the print version, while most of the Newsstand magazines have more imbedded multimedia in them. A new twist on the buy a single copy or yearly subscription to a single magazine is Next Issue’s Subscribe monthly to a whole library of magazines. 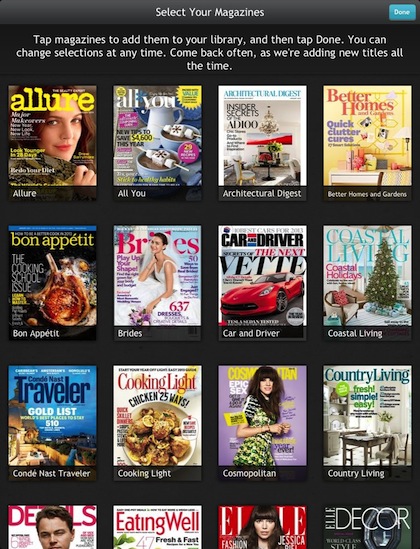 With Next Issue, you pay a monthly subscription, then build a library of magazines you want to read that month, one or many magazines. Download the current month or previous months. You can choose to be alerted to new versions as well auto download those as the new issue is released. Next Issue is a great service for those folks that enjoy reading a lot of magazines. There is likely ones that where never purchased previously but now being part of a bundle can be explored. A slightly more expensive monthly subscription allows for the viewing of magazines that come out weekly too, like People, The New Yorker and Time. 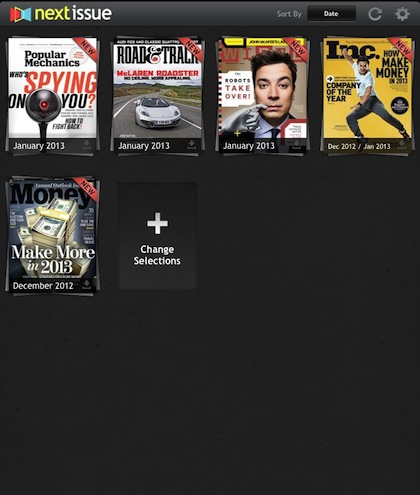 The majority of magazines have the full multimedia parts that are included in the Apple Newsstand versions. Images that move, graphs that expand to tell more, text that scrolls and links that allow jumping around the magazine. Watch out for some magazines like Money where tapping any ad page will result in being taken off to a time consuming expanded ad which has to be closed to return to your magazine reading. 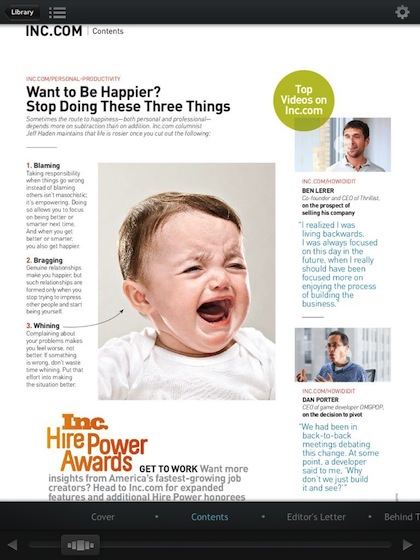 When you tap an issue of a magazine, it starts to download to your iPad. You can choose in the Settings how many magazines will be allowed on your device before the Next Issue app will auto remove older issues (saving on memory space). A magazine will launch to start reading before it is completely downloaded to lesson the wait. If you download a magazine using the little pin icon in the lower right corner of the cover image, the issue won’t be auto deleted later. Next Issue lets you remove copies of magazines from your iPad, then re-download later when you want. 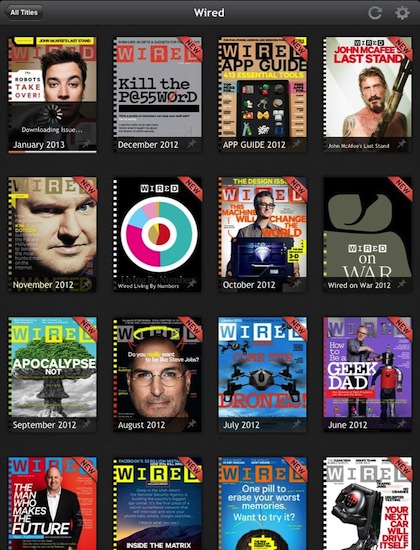