Last week we were talking about a new(ish) game in the app store called Hero Princes HD. The game involves child’s level graphics, where a ‘princess’ can throw bricks and shake ladders to resist the attackers. There is also secret weapons… uh, is that a pink pony? The conversation went from what is safe for kids to play, the fine line between no blood and shooting games, and the possibility that parent controls are needed for some apps. 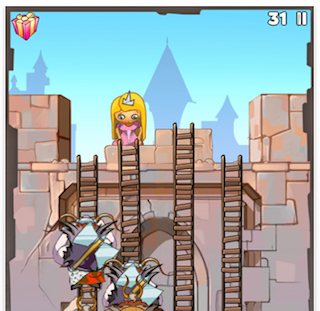 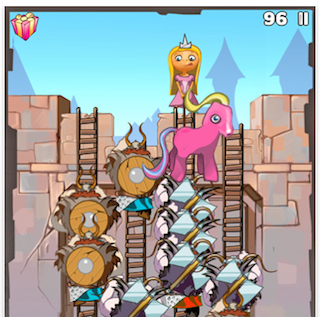 After a short discussion, we came to the conclusion that Business iPad users need to have security beyond the ‘Start up’ screen. The iPad, due to it’s size and ease of use, has a tendency to get passed around the conference room more often than anyone would their notebook. Rather than sending a PDF or PowerPoint for a quick thought, it is becoming a common place for the iPad to be scooted across the table. We hope the receiver will just look at the one document but concerns start growing as you see them tapping around on your iPad.

The issue with locking app launching to the individual apps is that most users bounce around apps for different processes they are needing. It isn’t just Outlook and Word, more often there are a dozen apps in play since the OS allows for quick switching between different work items. Who knew that having ‘fast switching’ on an iPad would have us working across so many documents at the same time?!

If a near future iOS update did include folder level security, where opening the folder to get to the apps would require a password… one must not forget that the apps can be accessed through the Home Button’s MultiTasking bar of apps.