If you use TaskPaper on your iPad, you can grab a copy of the Mac Desktop version for only $4.99 till April 8th. Normally the desktop version is $29+ so this is a huge opportunity to jump in for TaskPaper iPad app users. Yes, it does sync between the two.

The iPad app is actually universal, so that means your desktop version will sync to your iPad and iPhone.

If you have not played with TaskPaper yet. It is a ToDo/List/Text app that has a rather unique user interaction of swiping across the text to take actions. Just type your line items, then another, then another when you need. We asked around the office if anyone wanted to type up the ways the create/edit their list items and everyone said to look at the help document… so, here it is: 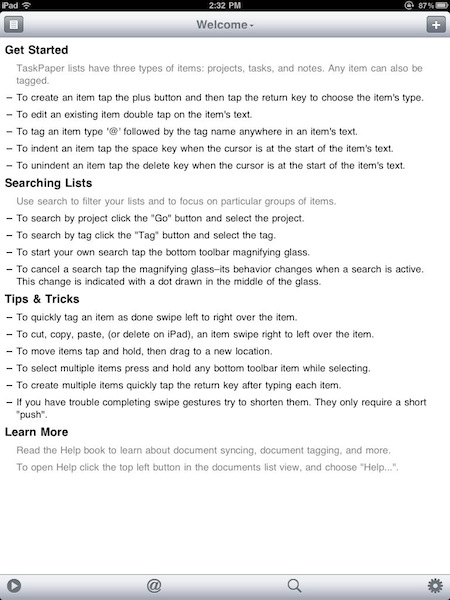 The ‘buttons’ around the outer corners are available to add complexity to a very simple and quick to use list manager. In the lower right corner is basic copy/paste and the ability to move a note text. 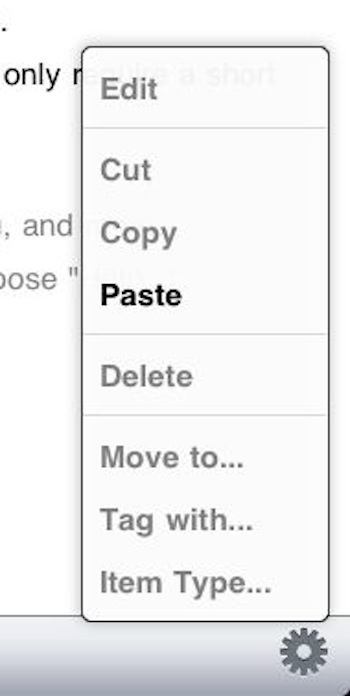 Center of the lower bar is the ability to add tags to notes and Search. Using these two together lets users find task lines within different notes. A TaskPaper ‘simple’ feature that helps pull together a quick view of work items for a particular project across many lists.

New documents can be created with the upper right corner ‘+’ button, or through the upper left ‘notes’ button which also includes kicking off a sync or share. 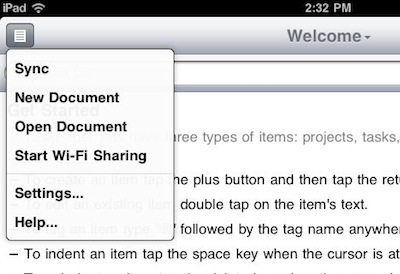 Users of TaskPaper say is walks a fine line between a light notes app and task managers. The important part for users is the easy of use and it’s ability to create/edit/move text with different finger swipes across the text lines. To be honest, you either love it or not. The slightly different way of handing of lists really work well for folks who wonder why everything else doesn’t work the same way.

If your a fan, now you can create and edit those TaskPaper tasks on the Mac at iPad level pricing… at least till this weekend. Grab it now if you think you may need it in the future.