It is common for someone in the office to get involved in any Kickstarter project dealing with iPads or iPhones. Different projects are best suited for different people, each their own. So, we were amazed that no one had jumped in on the LunaTik Touch Pen. There is a lot of the LunaTik Nano Watches still being used with the previous version of the iPod Nano.

The LunaTik Touch Pen is a iPad Stylus and ink pen in one. The design group handled the challenge of two in one by having the ink pen  appear through the center of the iPad stylus tip via a pen top clicker. The barrel of the Touch Pen comes in Polymer or Alloy. The Polymer version feels like a less expensive ink pen with the dark stylus end being the heavier end. 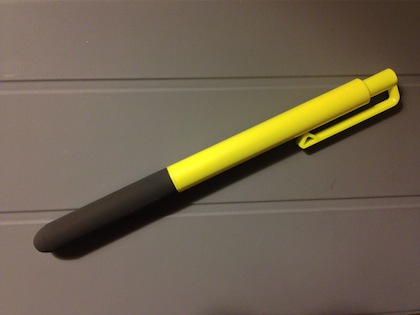 The LunaTik Touch Pen also comes in a variety of colors. The two models and colors are available through Amazon or directly on the LunaTik Web site. 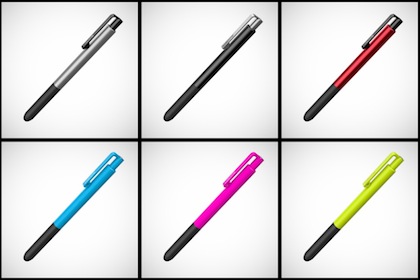 The grip end of the stylus, the whole dark area, is rubber that has a foam feel. It is slightly larger around than a regular pen but not as big as a Sharpie. The feel is solid, with the surface feeling like you should be able to scratch but it doesn’t. Very comfortable. While the tip is round, we found that using the LunaTik Touch on the iPad works better when more upright than as much of an angle. 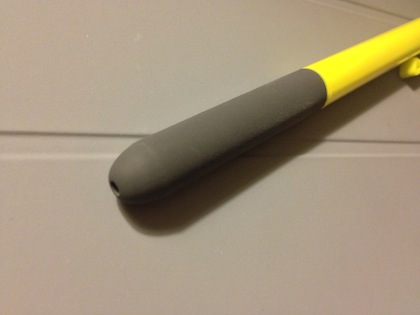 Now, the surprise that moved the stylus to being a default writing tool to always remember. The ink pen is a very nice quality! It writes with a solid smooth line that is more towards the better pens than what we have seen in the past when someone tries to pair a pen and stylus together. 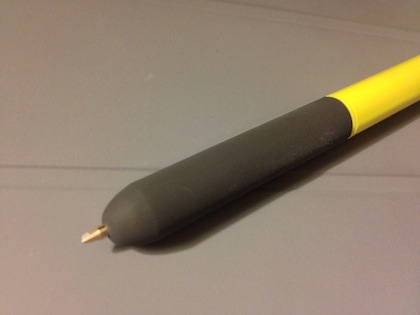