The majority of us have been enjoying Appigo’s ToDo app on our iPhones for a very long time. By paying for the Pro version of Remember The Milk, our Tasks have been syncing across family members as well around work. We mentioned previously that the two working together have been used for quite a few projects across multiple team members.

A couple days ago, Appigo introduced the iPad version of their ToDo app. When attempting to connect it to the Remember The Milk service, everyone was getting a Error with API on the Web site. This has gone on for several days. Today, Appigo released an update to their iPhone version, included in the list of changes was that syncing through Remember The Milk was no longer supported. A short time later, the iPad app was also updated with the removal of this sync option.

Upon researching on the two company sites, it became apparent that the Error with API was no unplanned error yet a block of service. Both parties are relatively nice on their sites (especially compared to the recent Apple and Adobe discussion over the use of Flash) offering their point of view. We wont get into ‘he said’ ‘she said’ but will link you to their discussions and you decide which way to go.

Appigo feels their service was cut without just cause and are offering a discount to the competitor’s service – Toodledo. 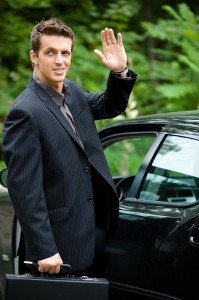