If your a DEVONthink or DEVONnote user, we have happy news for you. You can now take your data with you on your iPad. We have several folks skipping down the hall this morning. They have had tough decisions over the last few months if they leave their desktop DEVONthink behind to use something else that syncs with their iPad or keep two data locations. Now, with DEVONthink To Go on their iPad (universal app so your license will run on your iPhone too), they can sync the collected and created data over the WiFi network.

The Pro Office version of DEVONthink is popular with the folks that scan all of their paper documents (household bills, invoices, receiptes, etc…) as a place to store as searchable PDFs. All of the normal documents that had been created in DEVONthink Personal, PRO, Office and Notes can by synced now for quick reference while on the go. Text documents can be edited on the iPad and synced back to the desktop version.

There are a couple limitations right now but are listed as ‘in plan’ for a future update to DEVONthink To Go. While not show stoppers, they should be recognized: No editing or marking up PDFs and no Web or Cloud sync. For the PDF markup/editing, the local folks said they will just use iAnnotate PDF and then return the document to DEVONthink To Go. 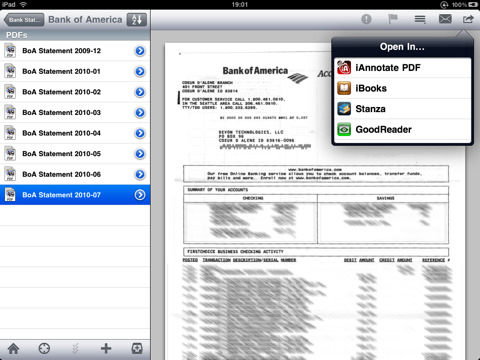 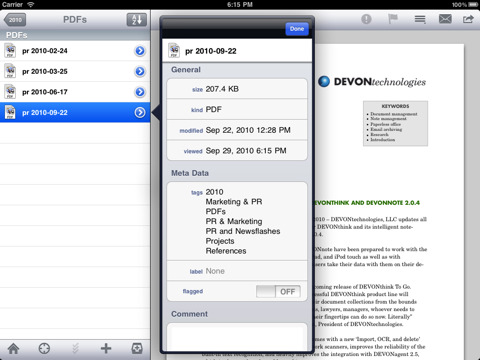