There is an effect that is popular with photos to make a single point in focus and the rest of the image blurred to fool the mind into a perception of depth. Most often, this effect is used to make what is called a Tilt Shift effect which produces a result that looks like a little toy city. We’ll cover that effect more in the future.

Another ‘blue’ effect is caused with lenses on film camera that have a set distance or focal length. A popular lens is often referred to a 50MM lens, and used for street photography. The result of a camera using a 50MM lens is a certain part of the photo, like a person, in focus while the building in the background is out of focus. Most recognizable is wedding photographs.

While you can’t do the actual photography with a lens set for a particular distance, you can get the effect for your photos afterwards with a specialty app like Big Lens.

Big Lens on your iPad allows you to import photos from your iPad’s photo library or shoot a new shot if you have a iPad2 or New iPad. There are two options for the initial editing, Basic and Advanced. Basis offers a round or straight line area to stay in focus, most often used for the fore mentioned ‘Tilt Shift’ effect. Choose ‘Advanced’ to be able to freehand paint in areas to be in focus and what areas are blurred. 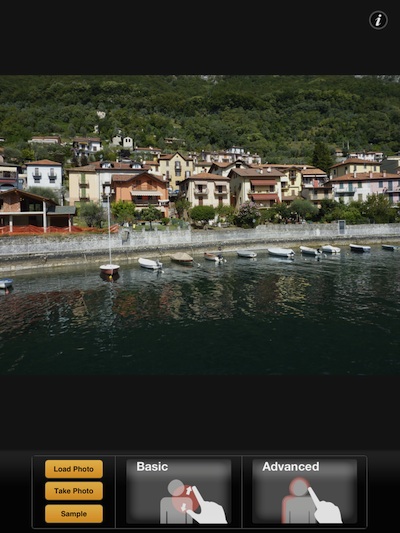 Bush the area you wish to keep in focus. If you have colored in too much, there is an eraser, both with adjustable width. You can also Lasso in an area rather than painting. Big Lens also offers a smart tool. To use, color in a bit of an area to activate, then tap the Auto button, Big Lens will look for items that appear to be at the same depth and shade them in with a more precision line between those items and what should be blurred as a further distance away. 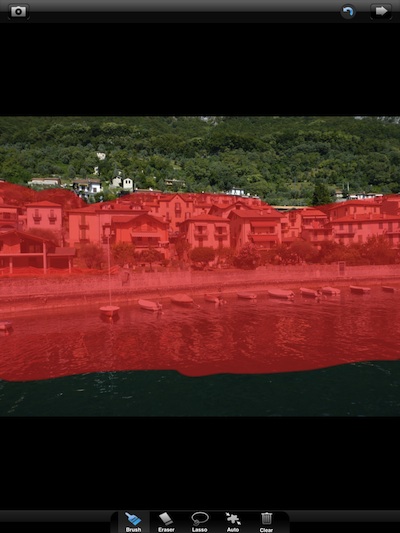 After applying the Big Lens effect, you can see the impact right away. If you don’t like the enhancement, hit the back button in the upper left corner to fine tune. That might be more blurred or less, nothing is locked till your done. There is a on/off slider at the top to apply a HDR effect which will cause some photos to really pop, bringing up dark areas with more detail. 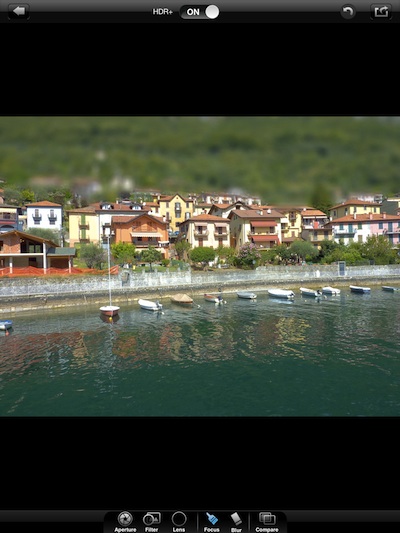 Additional fine tuning the image beyond the depth blur is provided by choosing different ‘Aperture’ lens buttons or via the blur slider. The double square button down on the right is for looking the original photo verses the enhanced, nice quick reference tool. 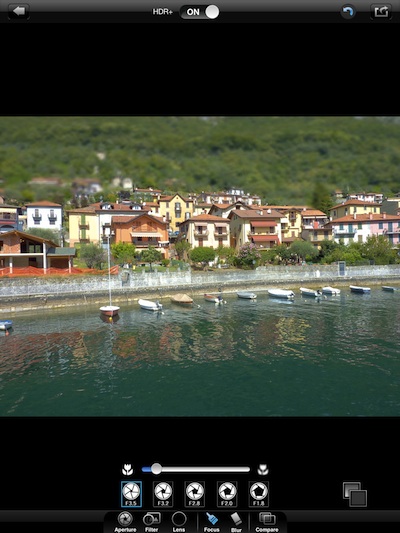 There are also a variety of photo filters to apply to the image. Big Lens offers aging, as well multi light source points and even fun hearts and snow for the personal effect for sharing with friends and family. Sharing is handled through saving to the iPad’s photo library, emailing, posting to Facebook or uploading to your free cloud Dropbox account. 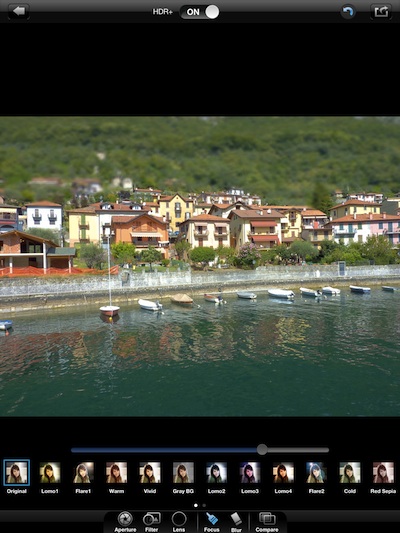